STOCKHOLM, Aug 11 (Reuters) - Deutsche Telekom (DTEGn.DE) on Thursday raised its annual earnings forecast for the second time after beating quarterly estimates, and said it could achieve its goal of a majority stake in U.S. unit T-Mobile (TMUS.O) much sooner than 2024.

The company has said it wants to own a majority of T-Mobile, which led much of the group's subscriber growth in the second quarter, over the medium term.

Deutsche Telekom now expects to post adjusted earnings before interest, tax, depreciation and amortisation after leases (EBITDA AL) of around 37 billion euros ($38 billion) in 2022, up from previous guidance of more than 36.6 billion euros.

Deutsche Telekom, which has been trying to cut a debt pile of almost 136 billion euros, last month agreed to sell 51% of its towers business to free up funds to invest in infrastructure and its U.S. business. read more

The group bought more shares earlier this year in T-Mobile from Japanese conglomerate SoftBank (9984.T) for $2.4 billion, raising its stake in the U.S. company to 48.4%. read more 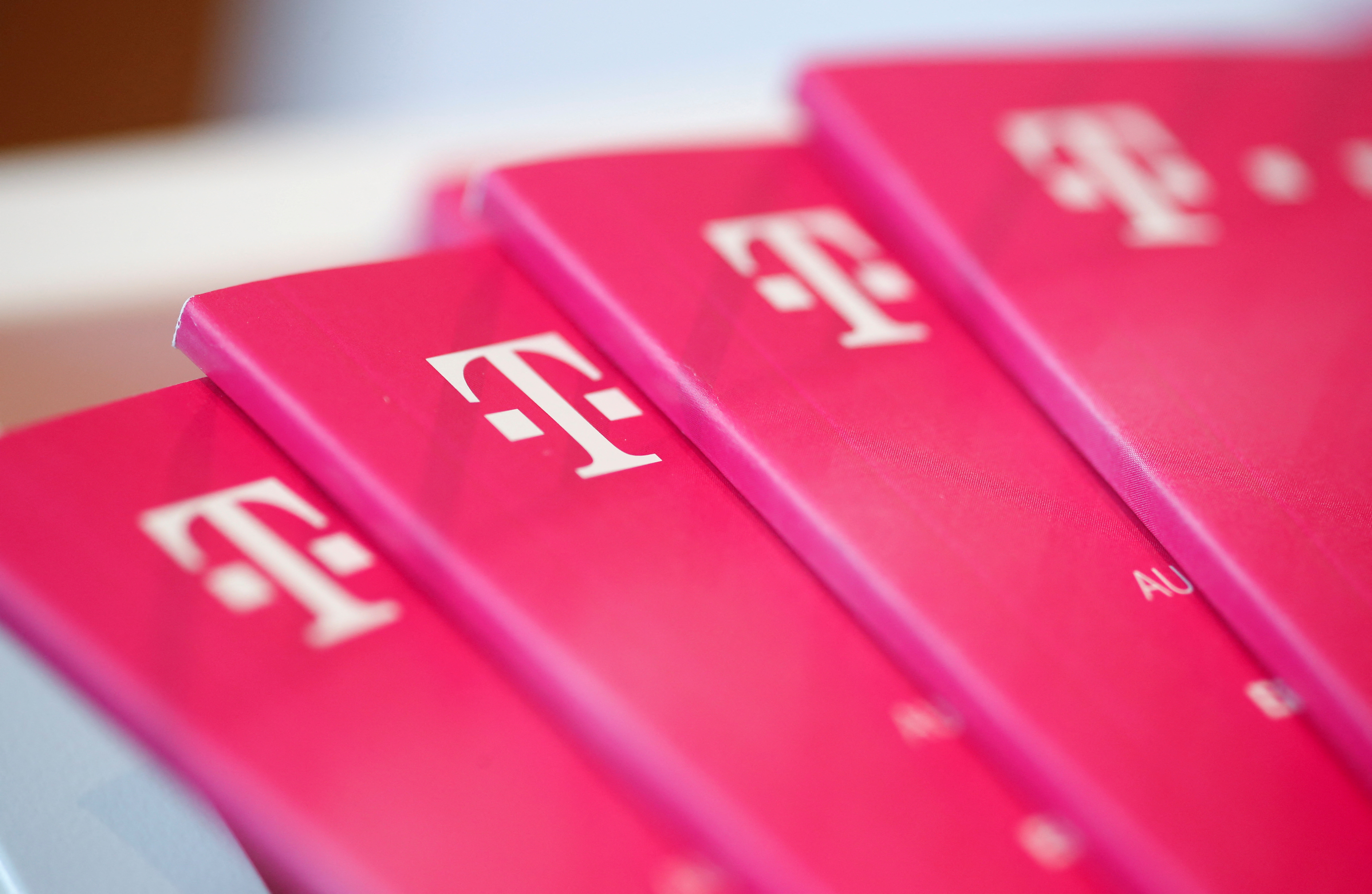 Brochures with the logo of Deutsche Telekom AG are pictured at the shop in the headquarters of German telecommunications giant in Bonn, Germany, February 19, 2019. REUTERS/Wolfgang Rattay

Hoettgas said that stake should top 50% in the medium term, and the group could achieve it much sooner than 2024.

T-Mobile, which accounts for three-fifths of group revenue, has been gaining subscribers following its merger with Sprint and as it rolls out its 5G service.

In the latest quarter, T-Mobile added 1.7 million customers who pay their bills monthly, increasing its customer base to 110 million.

Deutsche Telekom reported 54.6 million mobile customers in Germany and 46.5 million in the rest of Europe.

Second-quarter revenue rose 5.9% to 28.2 billion euros, in line with estimates.

Reporting by Supantha Mukherjee in Stockholm and Nadine Schimroszik in Berlin; Editing by Sherry Jacob-Phillips and Mark Potter
Disclaimer: The views expressed in this article are those of the author and may not reflect those of Kitco Metals Inc. The author has made every effort to ensure accuracy of information provided; however, neither Kitco Metals Inc. nor the author can guarantee such accuracy. This article is strictly for informational purposes only. It is not a solicitation to make any exchange in commodities, securities or other financial instruments. Kitco Metals Inc. and the author of this article do not accept culpability for losses and/ or damages arising from the use of this publication.
new