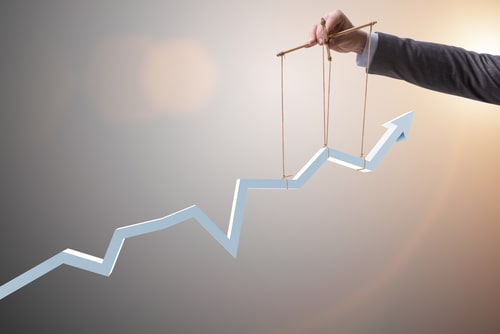 (Kitco News) Two out of three former JPMorgan Chase & Co employees were convicted by a federal jury in Chicago after being charged with manipulating gold prices for years. The jury found the traders used spoofing to rig prices.

After a three-week trial and an eight-day deliberation, the jury came out with a guilty verdict for JPMorgan's former top gold trader Gregg Smith and the bank's former head of the precious-metals desk Michael Nowak. The conviction included charges of price manipulation, spoofing, and wire fraud. Smith was convicted on 11 charges, and Nowak was convicted on 13 charges.

Prosecutors on the case accused the three of manipulating and rigging gold prices for eight years between 2008 and 2016.

"They had the power to move the market, the power to manipulate the worldwide price of gold," Bloomberg quoted prosecutor Avi Perry as saying during closing arguments.

Spoofing is a tactic of manipulating the gold market by making bids and canceling them before execution while also placing orders on the opposite side. The misleading orders confuse the market's supply and demand dynamics, which leads to gold price changes. Spoofing has been outlawed since 2010 following Congress passing the Dodd-Frank Act after the financial crisis.

"The defendants placed orders that they intended to cancel before execution in order to drive prices on orders they intended to execute on the opposite side of the market. The defendants engaged in thousands of deceptive trading sequences for gold, silver, platinum, and palladium futures contracts traded through the New York Mercantile Exchange Inc. (NYMEX) and Commodity Exchange Inc. (COMEX), which are commodities exchanges operated by CME Group Inc.," according to the press release published by the Department of Justice.

However, all three defendants were cleared of conspiracy and racketeering charges.

The case was more difficult to prove due to the lack of chat evidence between the traders, which would indicate intent. Prosecutors instead relied on charts of trades and patterns of orders used. In past spoofing cases, prosecutors came across chat messages with traders bragging about market manipulation.

This was one of the Justice Department's most aggressive prosecutions to date that dealt with spoofing in the gold futures market.

"Today's jury verdict demonstrates that those who seek to manipulate our public financial markets will be held accountable and brought to justice," said Assistant Attorney General Kenneth A. Polite, Jr. of the Justice Department's Criminal Division. "With this verdict, the Department has secured convictions of ten former traders at Wall Street financial institutions, including JPMorgan, Bank of America/Merrill Lynch, Deutsche Bank, The Bank of Nova Scotia, and Morgan Stanley."