Aug 10 (Reuters) - Slowing U.S. inflation may have opened the door for the Federal Reserve to temper the pace of coming interest rate hikes, but policymakers left no doubt they will continue to tighten monetary policy until price pressures are fully broken.

A U.S. Labor Department report Wednesday showing consumer prices didn't rise at all in July compared with June was just one step in what policymakers said would be a long process, with a red-hot job market and suddenly buoyant equity prices suggesting the economy needs more of the cooling that would come from higher borrowing costs.

The Fed is "far, far away from declaring victory" on inflation, Minneapolis Federal Reserve Bank President Neel Kashkari said at the Aspen Ideas Conference, despite the "welcome" news in the CPI report. read more

To be sure, Kashkari is the Fed's most hawkish member; most of his 18 colleagues believe a little less policy tightening may be enough to do the trick to bring prices under better control.

San Francisco Fed President Mary Daly, in an interview with the Financial Times, also warned it is far too early for the U.S. central bank to "declare victory" in its fight against inflation.

However, Daly said that a half-percentage point rate rise was her "baseline" but did not rule out a third consecutive 0.75% point rate rise at the central bank's next policy meeting in September, according to the report. read more

Calling inflation "unacceptably" high, Chicago Fed President Charles Evans said he believes the Fed will likely need to lift its policy rate to 3.25%-3.5% this year and to 3.75%-4% by the end of next year, in line with what Fed Chair Jerome Powell signaled after the Fed's latest meeting in July.

Still, he said, the CPI report marks the first "positive" reading on inflation since the Fed began raising interest rates in March in increasing increments -- a quarter of a percentage point to start, then a half a point, and then three-quarters-of-a-percentage point in both June and July.

After Wednesday's CPI report, traders of futures tied to the Fed's benchmark interest rate pared bets on a third straight 75-basis-point hike at its Sept. 20-21 policy meeting, and now see a half-point increase as the more likely option.

Equity markets took a similar cue on hopes for a less aggressive central bank, with the S&P 500 rising 2.1%. 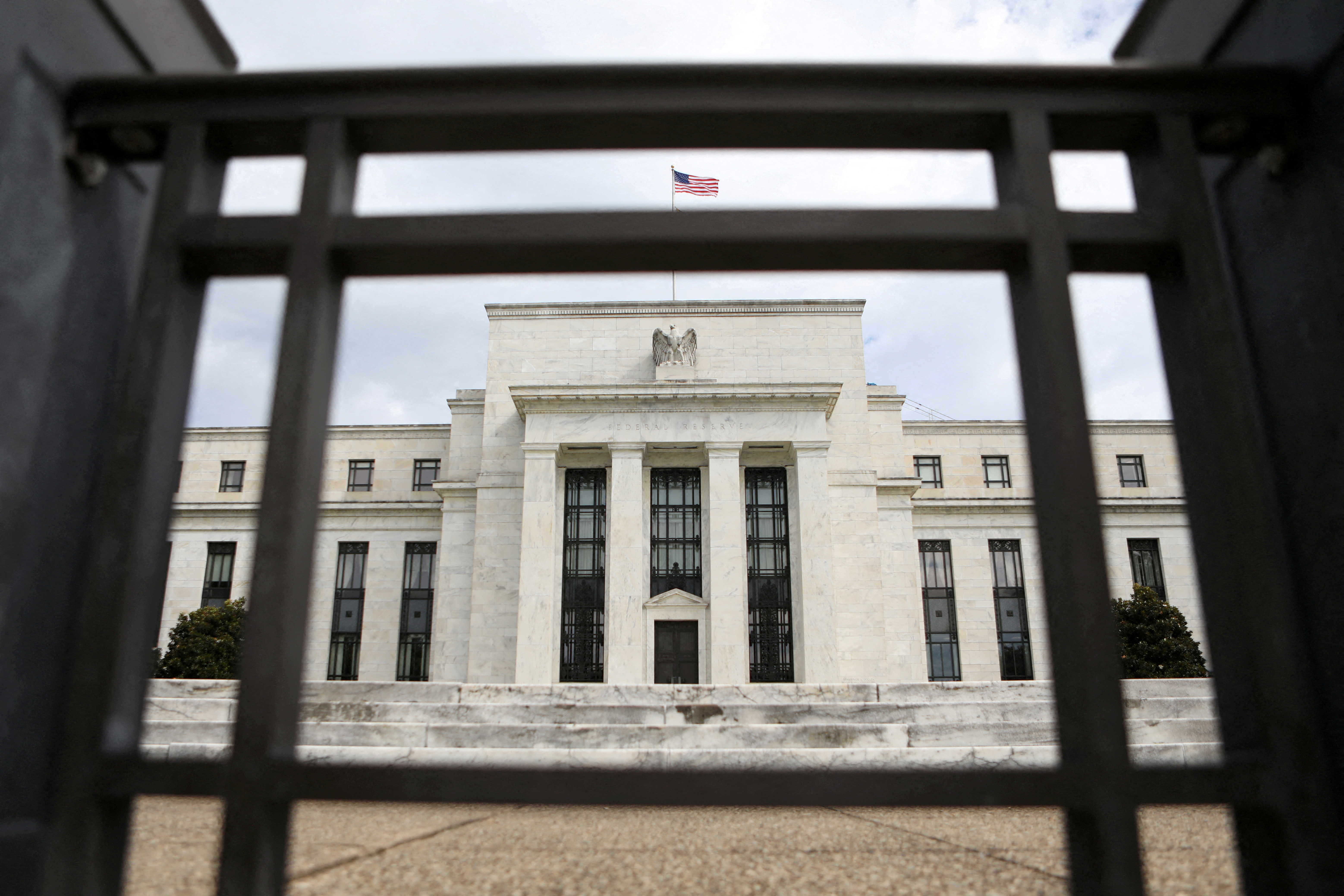 Financial markets are currently pricing a top fed funds rate of 3.75% by year-end, with rate cuts to follow next year, presumably as policymakers move to counter economic weakness.

Kashkari called that scenario unrealistic, and said Fed policymakers are "united" in their determination to bring inflation down to the Fed's 2% target. The risk of recession "will not deter me" from advocating for what's needed to do so, he said.

For the Fed to scale back, fresh inflation data will need to confirm the idea that price increases are slowing.

The consumer price index rose 8.5% in July from a year earlier, Wednesday's report showed. While that marked a drop from June's 9.1% rate, prices are still rising at levels not seen since the 1970s and early 1980s. Food prices in July were up 11% from the year before, devastating for lower income families in particular.

For the moment, however, analysts focused on the fact that, after months in which accelerating price pressures pushed Fed policymakers to tighten credit conditions faster than at any time since the 1980s, inflation data finally surprised in the other direction.

"The Fed needs a lot more evidence (of slowing inflation)... but this is a good start," said Karim Basta, chief economist with III Capital Management.

Data on August consumer inflation will be released on Sept. 13, the week before the Fed meets, and given recent trends in energy and some other prices the report "should also be friendly to the disinflation path and should make a 50 basis point hike the preferred option."

Still, the Fed's battle with high inflation is far from over.

The core consumer price index - which strips out volatile gas and food prices and is seen as a better predictor of future inflation - rose 0.3% from June and 5.9% from a year earlier.

The Fed targets 2% inflation based on a different index that is rising at a lower, but still high, rate of more than 6%.

An alternative measure of consumer prices compiled by the Cleveland Fed, known as the Median Consumer Price Index and considered a good view of the breadth of prices pressures in the economy, rose 6.3% on an annual basis in July, compared to 6% in June.

"Overall, prices remain uncomfortably high," wrote High Frequency Economics' Rubeela Farooqi, who stuck with her call for a 75-basis point rate hike next month. "Coupled with strength in job growth and wages, the data support the case for another aggressive rate hike in September."

Reporting by Ann Saphir; Additional reporting by Howard Schneider, Lindsay Dunsmuir and Akriti Sharma; Editing by Toby Chopra and Mark Potter
Disclaimer: The views expressed in this article are those of the author and may not reflect those of Kitco Metals Inc. The author has made every effort to ensure accuracy of information provided; however, neither Kitco Metals Inc. nor the author can guarantee such accuracy. This article is strictly for informational purposes only. It is not a solicitation to make any exchange in commodities, securities or other financial instruments. Kitco Metals Inc. and the author of this article do not accept culpability for losses and/ or damages arising from the use of this publication.
new