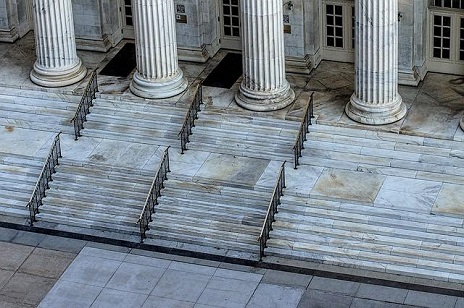 (Kitco News) - Billionaire investor and Dallas Mavericks owner Mark Cuban has been named in a class-action lawsuit alongside the bankrupt crypto brokerage firm Voyager Digital which alleges the pair operated what amounts to a Ponzi Scheme.

The lawsuit, which was filed in the United States District Court of Southern Florida on Wednesday, claims that Cuban played a crucial role in promoting the Voyager platform and misrepresented the firm on numerous occasions, at one point saying the platform was “as close to risk-free as you are going to get in the crypto universe.”

As part of a promotion to drive traffic to the platform, there was even a period of time when the Dallas Mavericks offered $100 in Bitcoin to those who downloaded the Voyager app and made a deposit of $100 of their own money.

This was directly referenced in the lawsuit, which stated, “Voyager Platform relied on Cuban’s and the Dallas Maverick’s vocal support and Cuban’s monetary investment in order to continue to sustain itself until its implosion and Voyager’s subsequent bankruptcy.”

It all started to go south for the platform following the collapse of Terra (Luna) and its TerraUSD (UST) stablecoin, which sent shockwaves across the crypto ecosystem and led to the demise of the crypto hedge fund Three Arrows Captial (3AC).

As it turns out, Voyager had loaned 3AC more than $670 million in the form of USD Coin (USDC) and Bitcoin (BTC), which 3AC eventually defaulted on. The loss of those funds proved to be too much for Voyager to handle, which led to the firm filing for bankruptcy protection in July.

And now investors want answers. According to the lawsuit filed, plaintiffs have charged Voyager Digital chief Stephen Ehrlich and Cuban with facilitating the firm’s “false and misleading promises of reaping large profits in the cryptocurrency market.”

“Cuban and Ehrlich, went to great lengths to use their experience as investors to dupe millions of Americans into investing—in many cases, their life savings—into the Deceptive Voyager Platform and purchasing Voyager Earn Program Accounts (‘EPAs’), which are unregistered securities,” an excerpt from the lawsuit stated.

The lawsuit also highlighted false claims made about Voyager’s insurance status, with Cuban making statements along the lines of asstets being “as safe as if they were in a bank,” which some took to mean that deposits were insured by the Federal Deposit Insurance Corp. (FDIC). It got to the point where the FDIC eventually ordered Voyager to stop making “false or misleading statements.”