ZURICH, Aug 11 (Reuters) - Siemens (SIEGn.DE) said on Thursday it continued to see strong industrial demand during its third quarter, as costs related to its Siemens Energy investment and decision to quit Russia pushed the engineering group into the red for the first time in nearly 12 years.

The maker of industrial software and trains reported higher revenue and orders for the three months to the end of June, a positive sign for the health of the broader industrial sector.

In factory automation, all regions reported orders 20% higher than a year earlier, Siemens said, while elevated component and logistics costs were being tackled by passing on the costs to customers.

Chief Executive Roland Busch said demand was still strong, despite an environment affected by sanctions on Russia, high inflation and ongoing effects from the pandemic.

"We captured significant opportunities in a market environment with ongoing high demand," he said in a statement. "Our strong top line momentum continued, with a comparable order growth of 20% since the beginning of fiscal 2022."

Siemens, whose products are used to equip factories, buildings and transport networks, is seen as a signifier for the broader industrial economy.

Demand in the European capital goods sector is holding up, Barclays said last week, looking back at the results of other companies in the sector such as ABB (ABBN.S) and Schneider Electric (SCHN.PA) 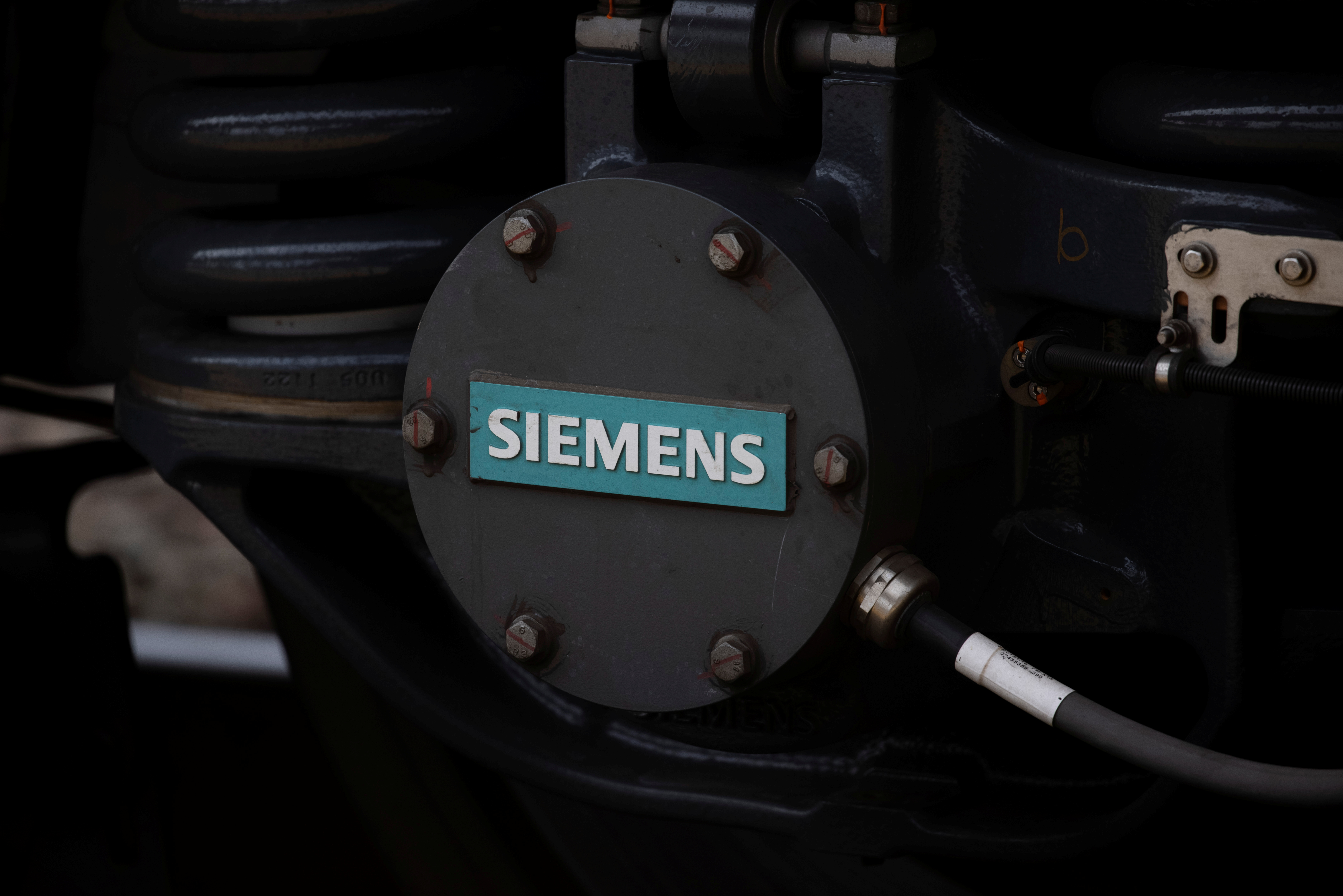 The Siemens logo is shown on a new Siemens Charger locomotive as it comes into service as part of the Coaster Fleet in Oceanside, California, U.S., February 8, 2021. REUTERS/Mike Blake

"For the future, we expect a sequential normalization of demand for the fourth quarter and a gradual reduction of order backlog in fiscal 2023," Thomas said, adding it would be unrealistic to expect orders growth to remain above 30% over the longer term.

But it posted a shareholders' net loss of 1.66 billion euros after taking a 2.7 billion euro non-cash charge for writing down the value of its stake in Siemens Energy (ENR1n.DE). read more

Net profit also took a hit of 558 million euros from Siemens' decision to quit Russia following the conflict in Ukraine. Its shares were indicated 1.2% lower in early trading as it also cut its full year earnings per share guidance to 5.33 to 5.73 euros per share, from 8.70 to 9.10 euros previously.

Although these losses were partly offset by 739 million euros from the sale of its Yunex Traffic, the charges pushed Siemens into a net loss of 1.66 billion euros.

Reporting by John Revill, editing by Rachel More, Lincoln Feast and Emelia Sithole-Matarise
Disclaimer: The views expressed in this article are those of the author and may not reflect those of Kitco Metals Inc. The author has made every effort to ensure accuracy of information provided; however, neither Kitco Metals Inc. nor the author can guarantee such accuracy. This article is strictly for informational purposes only. It is not a solicitation to make any exchange in commodities, securities or other financial instruments. Kitco Metals Inc. and the author of this article do not accept culpability for losses and/ or damages arising from the use of this publication.
new