Markets are pricing in 'unsustainable contradiction' when it comes to low commodity price outlook, says Goldman 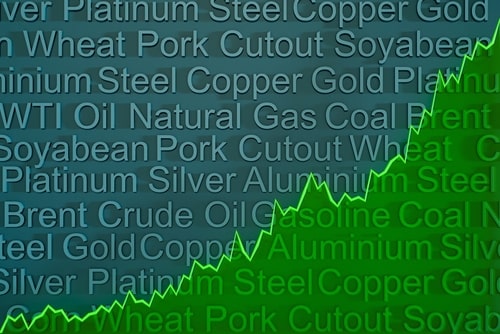 (Kitco News) Investors anticipating lower commodity prices due to slower economic growth might be surprised by the lack of supply and persistent commodity inflation, warned Goldman Sachs, adding that the market is pricing in an "unsustainable contradiction."

The commodity market has shifted from hoarding supplies to destocking, expecting a slowdown in global growth to lower demand and add additional supply.

"Yet should this prove incorrect and excess supply does not materialize as we expect, the restocking scramble would exacerbate scarcity, pushing prices substantially higher this autumn, potentially forcing central banks to generate a more protracted contraction to balance commodity markets," warned Currie.

With last week's evidence of slowing inflation, markets have their eyes set on a soft economic landing in the form of good-enough growth as the Federal Reserve continues to tighten into 2023.

"In our view, macro markets are pricing an unsustainable contradiction — it is difficult to square a softening [financial conditions index], a more accommodative Fed pivot, falling inflation expectations and drawing commodity inventories," noted Currie and his team. "[There are] growing tail risks to commodity prices inherent in the scenario of sustained growth, low unemployment and stabilized household purchasing power."

Some signs of commodity inflation persisting for longer include crude oil prices, which are still up around 30% from a year ago. According to the International Energy Agency, the summer heat wave experienced by Europe mixed in with tight natural-gas supplies has been boosting oil demand when it comes to power generation.

Another commodity inflation warning could be mixed signals being sent by the markets themselves, added Currie.

"Today, equity and commodity markets are signaling to investors more persistent demand and higher commodity inflation, while rates and inflation curves are signaling an impending slowdown and softening of the economy. Until we see real commodity fundamentals soften, we remain convicted of the former, not the latter," the team said.

Going forward, it does not seem like a commodity-based recession is about to occur either, with robust demand for oil, copper, aluminum and soybeans.

"In fact, of the major commodities, only corn and iron ore demand are expected to contract in the near term, as feed demand destruction and a weak Chinese property sector drive micro-related softening," the Goldman team said.