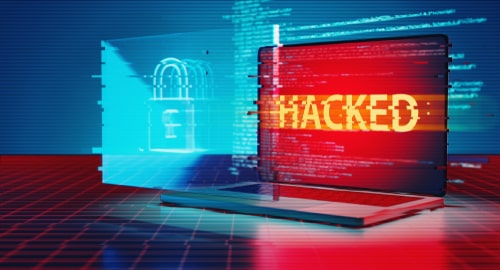 (Kitco News) Cryptocurrency hacks are up 60% this year, with a total of $1.9 billion stolen from January to July, according to the latest report from Chainalysis.

During the same period last year, a total of $1.2 billion was stolen in crypto hacks.

The surge comes as more hacks are happening in the decentralized finance (DeFi) protocols, Chainalysis said in a blog post on Tuesday. Most DeFi applications run on the Ethereum network, facilitating crypto lending outside of traditional banks.

The most concerning part of the report is that increased hacking activity is not looking to reverse any time soon.

During the first half of August, which is not included in the report, there were already some notable attacks, including a $190 million hack of cross-chain bridge Nomad and a $5 million hack of several Solana wallets.

"DeFi protocols are uniquely vulnerable to hacking, as their open source code can be studied ad nauseum by cybercriminals looking for exploits (though this can also be helpful for security as it allows for auditing of the code), and it's possible that protocols' incentives to reach the market and grow quickly lead to lapses in security best practices," the blog post said.

And most of the money stolen seems to go to bad actors affiliated with North Korea, Chainalysis added, highlighting the elite hacking units like Lazarus Group.

"We estimate that so far in 2022, North Korea-affiliated groups have stolen approximately $1 billion of cryptocurrency from DeFi protocols," the blog stated.

On the other hand, crypto scams are declining this year, falling 65% this year, which essentially matches the drop in crypto prices during the same period. The revenue from scams this year totaled $1.6 billion, down from $4.46 billion reported during the same time last year.

The global cryptocurrency market cap is currently at $1.19 trillion, according to CoinGecko. This is more than 50% lower than the $2.35 trillion recorded at the beginning of the year. Bitcoin's dominance is currently at 38.5%, and Ethereum's is at 18.9%.