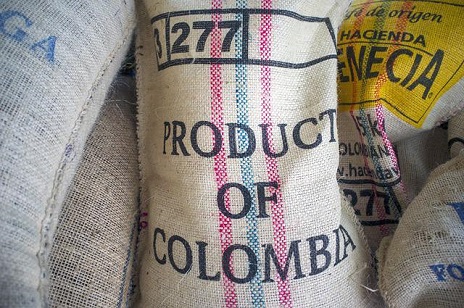 (Kitco News) - Colombia has become the latest nation to signal that it is exploring the possibility of launching a national digital currency following a quarter of positive economic growth.

The digital currency plans are one aspect of the South American country’s newly drafted monetary policy measures that seek to bring increased transparency to financial transactions. Currently, tax evasion is estimated to account for between 6% and 8% of Colombia’s gross domestic product.

Another reason for creating a new digital currency would be to improve the user experience when it comes to conducting transactions.

“The creation of a digital currency would make these transactions easier for the consumer,” Rayes said in an interview.

What is not clear yet, however, is whether the currency that is being considered will be a central bank digital currency (CBDC) or an asset-backed national currency similar to Venezuela’s oil and mineral reserve-backed Petro.

This isn’t the first time the idea of a retail CBDC in Colombia has been explored, as shown in this paper written by Hernando Vargas, technical deputy governor at the central bank of Colombia.

“The threat of “digital dollarisation” from a foreign CBDC or a stablecoin does not seem significant, as long as the credible low-inflation regime with exchange rate flexibility and a solid financial system is maintained. The development of an inexpensive and fast low-value payment system would further reduce such a threat,” Vargas said.

And the news that Colombia is seriously considering going the digital currency route isn’t all that surprising when you consider past comments made by the newly sworn-in Petro, who has been a staunch supporter of cryptocurrencies like Bitcoin (BTC).

As noted in a portion of the above tweet, which translates to “Bitcoin removes the power of emission from the states and the seigniorage of the currency from the banks,” Petro believes in the ability of Bitcoin and cryptocurrencies to return the power of money creation to the people.

Last month, the government of Colombia released a draft of the rules that crypto companies in the country would need to follow. The guidelines address a variety of issues, including cybersecurity, terrorism financing, ways to track crypto transactions and money laundering policy.

Adoption of a digital currency is still likely to be an uphill battle in the country; however, as recent data from the Financial Superintendency shows that Colombians still turn to cash as their main payment method for transportation (94%), groceries (80%), cell phone top-ups (78%), and rent (77%).