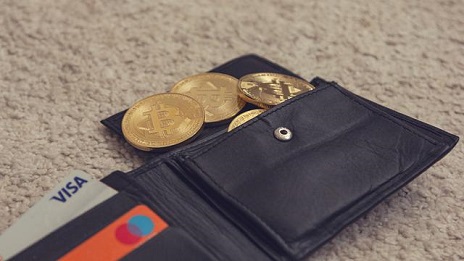 (Kitco News) - Former WeWork CEO Adam Neumann is back in the headlines as he attempts to reinvent himself with the help of blockchain technology through the launch of a real-estate startup called Flow.

Neumann revealed several details about the new venture on Tuesday, including the fact that it has already received a $350 million investment from the venture capital firm Andreessen Horowitz (a16z).

Marc Andreessen, cofounder and general partner at a16z, penned a note to investors on Monday explaining that he chose to invest in Flow because he views Neumann’s company as a “direct strike” at the current housing crisis that has come as the result of America “creating households faster than we’re building houses.”

The post from Andressen comes as Forbes discovered plans by Flow to launch a digital wallet that can store cryptocurrencies – as well as other currencies, including the U.S. dollar – along with its previously announced real estate management software.

While the planned digital wallet will not be able to be used to make rental payments for Flow-managed properties, Flow spokesperson Davidson Goldin said it can be utilized to make other types of purchases, similar to any other digital wallet. Goldin did mention, however, that a rewards program that includes crypto is a possibility.

Plans for the digital wallet were discovered by Forbes via a job ad posted by a recruiter who said the role involved a “groundbreaking venture that will be one of the largest implementations of blockchain in the economy, involving a multi-faceted approach that will be spearheaded by Adam Neumann.”

Goldin has since walked the statements made in the ad back, indicating that the job description was “largely false and should not have been distributed.”

A cursory search of companies related to Flow shows several crypto-related positions on a job board for FOL Management, a real estate company that lists Chris Hill, WeWork’s former chief product officer and Neumann’s brother-in-law, as its president and COO.

Back in May, Neumann made his first inroads into the realm of cryptocurrencies and blockchain technology when he launched the crypto startup Flowcarbon, a project whose goal was to make carbon trading more accessible by putting carbon credits on the blockchain.

Flowcarbon raised $70 million to develop its suite of blockchain-based carbon trading tools in a funding round that was also led by a16z’s crypto unit.

In July, the company announced that it was postponing the launch of its native token Goddess Nature Token (GNT), citing market conditions. The token was originally expected to launch by the end of June, but those plans have now been put off indefinitely.