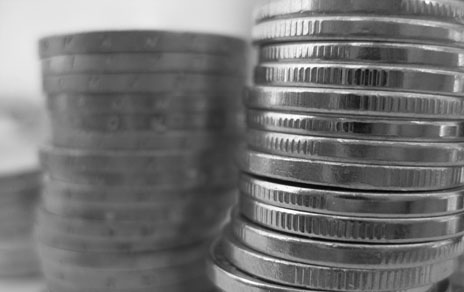 (Kitco News) - The silver market has seen some significant volatility this year, but the price action could get a lot worse, according to one Canadian bank.

Silver prices have been in a significant downtrend since peaking in late February. Although silver has outperformed gold this past month, analysts at TD Securities are expecting to see another move to the downside.

In a note Wednesday, the Canadian bank announced it was taking a tactical short position in silver, looking for prices to fall to $17 an ounce within the next two months.

Daniel Ghali, senior commodity strategist at TDS and author of the note, said that silver continues to face significant headwinds from two directions. Growing global recession fears is weakening industrial demand for silver; at the same time, its role as a monetary metal has been diminished as central banks, led by the Federal Reserve, continue to raise interest rates.

"Our quantamental indicators are pointing to additional downside in demand signals on the horizon, which fits with weakening growth dynamics. Silver markets are particularly vulnerable, given little exposure to the rise in supply risk premia that has been supporting industrial metals," said Ghali.

At the same time, TDS expects gold prices to drag down silver as the Federal Reserve aggressively tightens interest rates.

Ghali added that next week's annual central bank symposium in Jackson Hole, Wyoming, could be the catalyst that propels gold and silver lower.

"Considering the strength in financial conditions observed over the past weeks, the Jackson Hole symposium presents an additional avenue for the Fed to push back against the dovish narrative. This should additionally weigh on investment demand for silver," Ghali said.

Markets are roughly split 50/50 on whether the U.S. central bank will raise interest rates by 50 basis points next month or by 75 basis points.

TDS has been relatively bearish on precious metals as interest rates have pushed higher and the U.S. dollar hit a 20-year high. In July, the bank announced a tactical short position in gold.