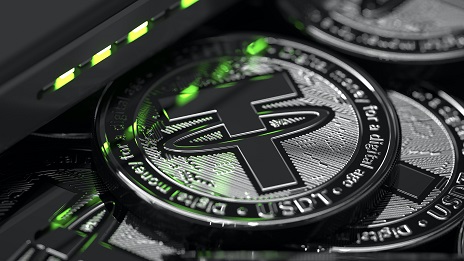 Quarterly assurance reports are used by stablecoin issuers as a way to confirm that their coins are backed by real assets held in their treasuries.

According to the report, U.S. Treasury bills make up the bulk of Tether’s holdings at $28.9 billion, followed by $6.8 billion in money market funds, $5.4 billion in cash and bank deposits, nearly $3 billion worth of reverse repurchase agreements and $397 million in non-US Treasury bills.

This aligns with previous statements made by the company’s CTO Paolo Ardoino, who was quoted earlier in the year saying that the organization would cut its exposure to commercial paper by the end of 2022.

This goal was reiterated in a statement that accompanied the release of the assurance report.

“The exposure to commercial papers will be down to $200 million by the end of August 2022 and to zero before the end of the year. During the same period, Tether has increased its holdings of cash and bank deposits by 32%,” Tether said.

Estimates based on the data available at the end of July show that the stablecoin issuer now holds $3.5 billion worth of commercial paper.

Altogether, the group’s consolidated total assets are estimated to be worth at least $66,409,619,424, while its total liabilities amount to $66,218,725,778. The vast majority of the liabilities held are related to issued USDT.

According to the statement from Tether, “The total gross consolidated contractual redemption value related to all digital tokens issued, including those held by the Group is equal to U.S. $66,430,393,253.”

Moving forward, Tether is looking to put the controversy surrounding its reserves behind it and hopes that its new partnership with BDO will help reassure the market.

“The utility of Tether continues to be supported by the transparency of its reserves and has been a leading source of stability allowing us to build a tool for the global economy,” Ardoino said. “We look forward to continuing down this path and are dedicated to setting a market standard to which our competitors and future stablecoins can look to for guidance.”