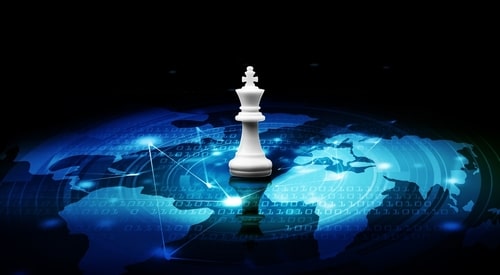 (Kitco News) With all eyes set on Federal Reserve Chair Jerome Powell's speech at the Jackson Hole symposium on Friday, JPMorgan expects the next rate increase to be the last big hike of the tightening cycle. JPMorgan CEO Jamie Dimon also warns that "something worse" than a recession could be coming.

The last time the Fed could surprise markets with an oversized rate hike would be at its upcoming September meeting, JPMorgan Chase & Co. strategists said in a note Monday.

"We expect another outsized Fed hike in September, but post that, we would look for the Fed not to surprise the markets on the hawkish side again," they wrote strategists.

The end of the aggressive tightening pace could help risk-on assets recover during the second half of the year.

In the meantime, Dimon shared his outlook on the economy in a client call earlier in August. And it was quite uncertain.

Goldman Sachs also shared its take on the impact of global monetary policy tightening in a note Monday, stating that major economies won't experience recessions over the next 12 months.

"Their resilience supports our forecast that no major economy will enter a monetary policy-driven recession over the next year," economists led by Jan Hatzius wrote in the note. "Coupled with the persistence in inflation and its drivers, this resilience suggests some upside risk to terminal rates among the later hikers relative to current market pricing."

One of the reasons behind the forecast is the state of the labor markets, which are still going strong.

This week's big catalyst is Fed Chair Powell's keynote at the Jackson Hole titled 'Economic Outlook,' which is scheduled for Friday.

Markets remain divided on whether the Fed will hike rates by 50 or 75 basis points at its September meeting. The CME's FedWatch Tool shows a 56.5% probability of a 50bps hike and a 43.5% chance of a 75bps increase.

The FOMC meeting minutes from July showed that Fed officials agree on the need to slow down the tightening cycle eventually. Still, they believe the Fed needs to see how its rate hikes impact inflation.