As the EU prepares to ban USD-denominated stablecoins, lobbyists push back 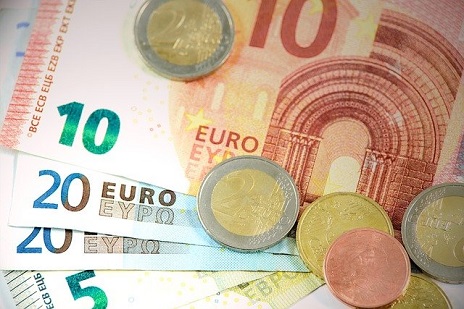 (Kitco News) - Stablecoins continue to be a main point of focus for regulators looking to reign in the crypto industry as the European Union moves closer to placing significant limitations on the use of U.S.-denominated stablecoins in an effort to help protect the euro.

As lawmakers attempt to finalize the crypto law known as the Markets in Crypto Assets Regulation (MiCA), lobbyists have begun to push back against the bill's framework, warning that it could effectively ban the top three stablecoins in the EU's 27 member states and hurt the crypto market.

If fully enacted in its current form, the MiCA, which has already been approved but still needs to have some technicalities ironed out, would prohibit the use of any large stablecoin projects that are tied to anything but the euro.

This includes the top-ranked stablecoins Tether (USDT), Circle's USD Coin (USDC) and Binance USD (BUSD), which combined hold a market cap of more than $138.8 billion in value and account for a significant portion of the global trading volume.

Concerns about the ramifications on the crypto industry in the EU should the legislation be enacted have pushed several lobbying groups, including Blockchain for Europe and the Digital Euro Association, to send a letter to the EU Council in an effort to get some of the more controversial rules reversed.

"The three largest stablecoins by trade volume are at risk of being banned in the EU from 2024, due to quantitative limits on issuance and use of EMTs [e-money tokens] denominated in foreign currency under MiCA," the associations stated in the letter.

"Restricting their use in the Euro area would cause crypto markets here to seize up, with potentially destabilizing effects and a major outflow of crypto activities outside of the EU."

The letter further warned that there could be "extreme short-term volatility in prices driven by dislocation effects" alongside higher prices and lower competition in the developing digital assets industry, which would "drag down" innovation in the EU.

To help remedy the potential problems the restrictions outlined in the MiCA could have on the industry, the lobbyists are asking the EU to consider the role dollar-based stablecoins play in the health of the EU crypto industry and to clarify the definition of "tokens used as a means of exchange."

This would be especially challenging to try and achieve within the 12-month timeframe laid out in the MiCA. A June report published by the European Central Bank about the euro's international role shows that the currency's share of the crypto market is just 0.2%.

The daily trading volume of the most widely used EUR-referencing stablecoin, the EURS, is $21 million, while the daily volume for USDT is $53 billion. Overall, Euro-based stablecoins are less liquid and "tend to be sold similarly to other risky assets rather than behaving like a vehicle in digital transactions and trading."