Gold price and silver price pop ahead of Jackson Hole, here's what to expect from Powell's speech 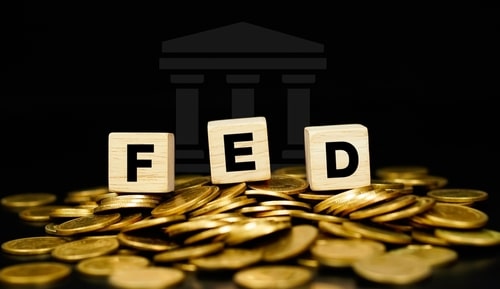 (Kitco News) After a poor start to the week, the precious metals sector is seeing a turnaround as markets continue to calibrate for the Federal Reserve Chair Jerome Powell's keynote at the Jackson Hole symposium.

Gold and silver saw an impressive rally Tuesday as the U.S. dollar index retreated from 20-year highs and bargain hunters came in after last week's selloff.

The big catalyst for precious metals and the markets this week is Powell's speech at the Jackson Hole meeting on Friday, which only has a placeholder title for now — 'Economic Outlook.' But the symposium's overarching theme will be 'Reassessing Constraints on the Economy and Policy.'

"[The theme] suggests a focus on the economy's supply side … As pressure on global supply chains eases, that implies that a reduction in inflation could now be achieved with a relatively modest easing in demand. It is a key basis for our view that a recession can still be avoided over the coming quarters. The Fed is clearly hoping for a similar outcome, and officials may try to bolster that case next week," said Capital Economics senior U.S. economist Andrew Hunter.

The U.S. dollar and U.S. Treasury yields continue to be the dominant drivers for gold. Every time they rise, gold retreats, while any declines trigger a rally in the precious metal.

"The dollar continues to draw ample strength from risk aversion and fears over the Fed reasserting its hawkish message this week," said FXTM senior research analyst Lukman Otunuga. "If Powell fortifies expectations around the Fed moving ahead with another jumbo rate hike in September and more tightening ahead, this could boost the dollar. Alternatively, a cautious-sounding Powell that expresses concerns over the U.S. economic outlook may reduce the odds of big rate moves, weakening the dollar."

Markets remain divided on whether the Fed will hike rates by 50 or 75 basis points at its September meeting. The CME's FedWatch Tool shows a 51.5% probability of a 50bps hike and a 48.5% chance of a 75bps increase.

What will Powell say?

The Fed is known for using the Jackson Hole symposium to signal significant shifts in monetary policy. However, this time around, analysts do not expect any substantial changes since Powell will want to give the Fed maximum flexibility before the September meeting as they wait for another set of employment and inflation numbers.

"We do not think the Fed will paint itself into a corner ahead of the September 20-21 FOMC meeting. Rather, we expect the Fed to try and manage market expectations at Jackson Hole," said BBH Global Currency Strategy head Win Thin.

So far, the Fed has been pretty consistent at staying hawkish despite some mixed signals from the latest Fed meeting minutes released last week. The July FOMC meeting minutes showed that Fed officials agreed on the need to slow down the tightening cycle eventually but believed the Fed first needs to see how the rate hikes are impacting inflation.

Concerns over another oversized hike from the Fed amid rising recession fears are eroding risk sentiment in the marketplace, which should be benefiting gold.

"There is a strong sense of unease across financial markets as investors grapple with inflation concerns, jitters over tightening U.S. monetary policy, and recession fears. This will be a big week for markets thanks to the annual Jackson Hole Economic Symposium where central bankers and financial heavyweights congregate to discuss major economic issues," Otunuga noted.

The big takeaway everyone is looking for is additional insight into the Fed's thinking on inflation, the economy, and the future of monetary policy. "What Powell reveals during the speech or chooses to hold back could set the tone for global markets in the weeks ahead," Otunuga pointed out.

Powell will likely reinforce his hawkish stance on Friday and walk back some of the new thinking by the markets around a potential Fed pivot, according to analysts.

"[The Fed chair] is expected to reiterate the resolve to keep hiking to get prices under control, where he may send a clear message that even if they have a slower pace of rate hikes, they may not be quick to pivot and cut rates," said MKS PAMP head of metals strategy Nicky Shiels. "If very few in the U.S. government actually believe we are in recession (with definitions being altered) then how can you justify pausing rate hikes if there is just no recession?"

It is also widely anticipated that the Fed chair will try to be as straightforward as possible when pushing against the Fed pivot idea.

"He may try to send a clear message that even if they have a slower pace of rate hikes, that won't signal a lower peak rate or that they will be quick to cut rates," explained OANDA senior market analyst Edward Moya. "After this week, Wall Street should not be surprised if Fed fund futures start pricing in rate hikes for next year. This could be the week many return from vacation and double down on their bear market rally calls."

Analysts are divided on where gold is heading, but they are confident that the precious metal will be very volatile this week.

"The potential for volatility in the precious metal is high this week, thanks to Jackson Hole and Powell's remarks potentially acting as a fresh fundamental spark for gold. If prices are able to breach $1,724, a selloff towards $1,700 is on the cards. Alternatively, a move back above $1,752 may open a path back towards $1,770 and $1,800, respectively," Otunuga added.

"Structurally, the precious market remains either flat or short precious, whereas tactically, asymmetric risks are clearly building into September à i.e.: short positioning + seasonal upside + low prices + dovish Powell (vs market expectations) could be a bullish setup/reversal later this week or next after Jackson Hole," she said.

On the other hand, an aggressive Fed would mean a lower floor price for gold into the fall, noted Moya. "Gold will eventually settle on a trading range, but it seems the floor might be a little lower as the risks of energy and food inflation could keep the Fed remaining aggressive with rate hikes into the new year," he said. "Gold looks like it is poised to stabilize above the $1,750 level before we hear from Fed Chair Powell on Friday."