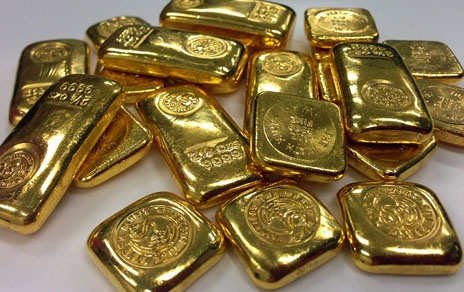 (Kitco News) - July, it turns out, was a busy month for central banks as they increased their gold reserves. The Qatar Central Bank is the latest to announce an increase in its holding of the precious metal.

Gopaul added that it appears this is the central bank's biggest gold purchase on record, going as far back as 1967.

"Gold reserves now stand at 72.3t, the highest on record," he said.

Monday, Gopaul also reported that the Central Bank of Uzbekistan bought 8.7 tonnes of gold in July, matching the purchases it made in June.

According to some analysts, central banks could have seen July as a strategic time to buy gold as prices fell to a 16-month low, dropping briefly below $1,700 an ounce.

Gold prices have struggled through most of 2022 as the Federal Reserve aggressively raises interest rates in an attempt to slow the economy and cool rising inflation pressures.

However, despite the headwinds, many analysts remain bullish on gold long-term, specifically because central banks continue to buy gold.

In his latest report, Moe Zulifiqar, market analyst at the Lombardi Letter, said that central bank gold demand could push gold prices above $3,000 an ounce in the long term.

"Gold is one of those assets that, over the long term, doesn't really have a high correlation with other assets. Therefore, it keeps bank reserves anchored," he said. "I see central banks buying gold as one of the biggest factors sending the price of gold toward $3,000 an ounce."

Zulifiqar added that he sees central bank gold purchases providing steady growth for gold in the next few years.

In an interview with Kitco News at the start of the month, Fieler said that he expects central banks to buy more gold to protect themselves against a global sovereign debt crisis. He added that many developing nations have significant exposure to the U.S. dollar, which remains at a 20-year high.

"Central banks are eager to preposition themselves for a world where the dollar is not the world's only reserve currency. Gold seems to figure prominently in that calculation," he said.