Gold price tumbles after Powell, $1,600 a risk for next week – analysts 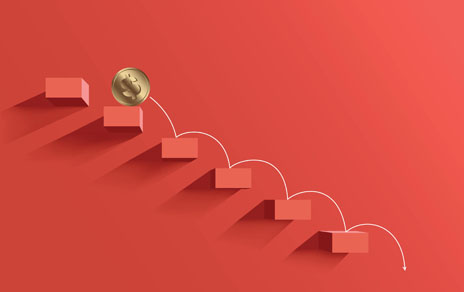 (Kitco News) After dropping nearly $25 following the highly anticipated speech by Federal Reserve Chair Jerome Powell, gold could be at risk of falling to $1,600 an ounce unless buyers step in to buy the dip, according to analysts.

A pivot from the Federal Reserve is not coming, and interest rates will remain elevated for longer than markets expect, said Federal Reserve Chair Jerome Powell at the Jackson Hole symposium.

Powell also did not rule out another 75-basis-point hike at the upcoming September meeting, reiterating that a lot will depend on the macro data released in the next three weeks.

"Another unusually large increase could be appropriate at our next meeting," Powell said. "Our decision at the September meeting will depend on the totality of the incoming data and the evolving outlook."

The Fed chair wants to avoid the mistakes of the 1970s, which is why he plans to act aggressively now. "The successful Volcker disinflation in the early 1980s followed multiple failed attempts to lower inflation over the previous 15 years. A lengthy period of very restrictive monetary policy was ultimately needed to stem the high inflation," Powell noted. "Our aim is to avoid that outcome by acting with resolve now."

There was weakness across the precious metals sector because of Powell's wording, RJO Futures senior markets strategist Peter Mooses told Kitco News Friday. "Gold was down after Powell said the Fed will continue to do what it can. It seems they will do what's necessary to fight inflation," Mooses said.

Powell's priorities are clear going into the September meeting — proceed with aggressive moves to avoid the mistakes of the past, said TD Securities global head of commodity strategy Bart Melek.

"The Fed is looking at history and at what happened in the 1970s and early 1980s. Looks like they want to get restrictive and keep rates higher for longer. They don't want a situation where they let inflation get entrenched," Melek told Kitco News. "Many people thought that the Fed would relent as the economy slowed down a bit. Now it looks like it won't."

And gold responded to the promise of higher real interest rates, particularly on the front end of the curve. "The 2-year Treasuries spiked after Powell's speech, and inflationary expectations dropped slightly. When you combine high nominal rates with lower inflation expectations, real rates should move higher. Traditionally, that is quite negative for gold and propels prices lower," Melek said.

However, Powell's message is getting repetitive, which could end up helping gold, added Mooses.

"I have concerns about U.S. growth in the fourth quarter. It will be telling how the Fed adjusts," he said. "We see a lot of the same talk and patterns. Gold could straighten out in a day or two. But if equities gain strength, gold could weaken. Longer term, I'm still bullish on gold."

It is very likely to see gold sub-$1,700 an ounce next week, according to Melek. "There is no big price pivot to the upside for gold until we are sure the Fed will reverse course. And that's unlikely until later in 2023," he said.

Mooses is also watching the $1,690 an ounce level, expecting buyers to come in around that level. "The $1,880 level is a realistic price to go back to for gold in the next few weeks," he said.

With the Fed so focused on macro data, the upcoming inflation and employment reports from August will be the key market drivers to watch before the September meeting, Melek added.

"Right now, market projections for payrolls are still pretty decent for August, with the unemployment rate projected to remain at 3.5% and the economy adding nearly 300,000 payrolls," he said.