It's time to buy commodities, not equities – Goldman Sachs 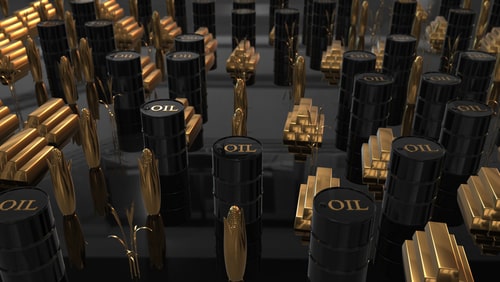 (Kitco News) Now is the perfect time to get into commodities, according to a note by Goldman Sachs.

Investors should be looking at how to get into commodities as equities are likely to see even more losses, Goldman's analysts Sabine Schels, Jeffrey Currie and Damien Courvalin said in a note.

"Our economists view the risk of a recession outside Europe in the next 12 months as relatively low," the analysts said. "With oil the commodity of last resort in an era of severe energy shortages, we believe the pullback in the entire oil complex provides an attractive entry point for long-only investments."

Commodity prices have been retreating after a massive surge following Russia's invasion of Ukraine. The issue with supply chains drove prices to record highs in June. However, the latest recession fears have triggered a pullback in prices on concerns over slowing demand.

The Federal Reserve Chair Jerome Powell's speech at the Jackson Hole symposium Friday double-downed on these fears as he stayed hawkish and signaled that rates could remain higher for longer.

Powell also warned that there would be "some pain to households and businesses," which "are the unfortunate costs of reducing inflation."

In response to Powell's comments, equities plunged, with the Dow Jones Industrial Average falling more than 1,000 points on Friday and an additional 300 points on Monday.

Goldman forecasts even more negative trading for stocks. "From a cross-asset perspective, equities could suffer as inflation stays elevated and the Fed is more likely to surprise on the hawkish side," the note titled 'Buy commodities now, worry about the recession later' said.

On the other hand, Goldman added it is the right time to get back into commodities. "Commodities ... are the best asset class to own during a late-cycle phase where demand remains above supply."

One obstacle could be further gains in the U.S. dollar index, which has been trading near 20-year highs. This makes purchasing commodities in other currencies more expensive.

"We do acknowledge that the macro landscape remains challenging and the U.S. dollar could rise further short term," Goldman's analysts said.