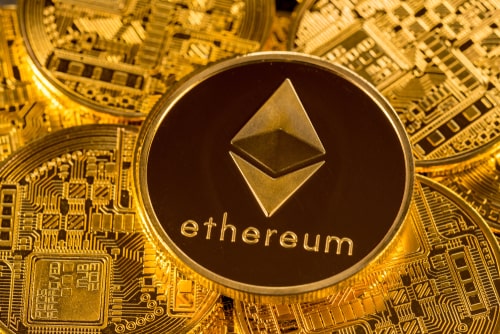 (Kitco News) There will be a lot of noise surrounding Ethereum's upcoming Merge, with many people trying to take advantage of the situation, warned Anthony Di Iorio, the founder of Ethereum, Decentral, and Jaxx Liberty.

The Ethereum Merge, which will transition the network from proof-of-work to proof-of-stake, is considered by many the most significant event in crypto and even the internet. And it is just a couple of weeks away.

As the date approaches, many will try to use the moment in their favor, which is a risk in and of itself, Di Iorio told Kitco News.

"The Merge is going to be an interesting ride. A lot of people are trying to take advantage of the situation," he said. "There will be a lot of noise surrounding it and people coming out of the woodwork to capitalize on this."

Those involved in the Ethereum community know this has been coming since day one. "There are problems with proof of work. And it has taken a long time to get here, and now it is ready to happen," Di Iorio said.

Why the world needs Ethereum

Di Iorio got involved with Ethereum when Vitalik Buterin, Ethereum's other co-founder, showed him the whitepaper at the end of 2013. Di Iorio first met Vitalik at the first-ever Bitcoin meetup in Toronto in 2012.

"In the beginning, I was shown the whitepaper by Vitalik at the end of 2013. Bitcoin was limited in what it could do. [We] needed something more generalized that could do more complex functions that Bitcoin couldn't do. Early on, there was a realization it was going to be big and what was needed," Di Iorio described. "That's why I took the plunge and set up entities in Toronto to build the team."

Di Iorio initially funded Ethereum with his own crypto fortune, which he saw quickly evaporate following several price collapses throughout the years.

"I've gone through a number of these crypto cycles. The first one for me was back in 2014 with Mt. Gox. I got into Bitcoin at around $10 per Bitcoin in 2012. The first run happened quickly and took prices to $1,200 in 2013 and then crashed down to $100. I became a millionaire the first few months of getting into bitcoin, and then it crashed back down," he said. "At the time, we started Ethereum. I had to borrow money from my dad. Tough to be funding this initial project, trying to get off the ground, and jumping through regulatory hurdles until the product sale in 2014 that raised $18 million from people around the world."

The biggest mistake with Web3

The most prevalent challenge for crypto and Web3, the term used to describe the third generation of the evolution of web technologies built on blockchain, is avoiding the mistakes of Web2. And that is the centralization aspect, with only a few being served at the top, Di Iorio pointed out.

"Deficient business models lead to demise. People failed to think from the beginning about how to create sustainability in companies. Instead, they serve investors month after month. And users feel that, and users become the product themselves. We need to think of better models that lead to the longevity of sectors. Advertising is a terrible model," he said.

Di Iorio's current new project — Andiami: The Quest for Liberty — pushes back on business models that take advantage of people. Andiami is a global initiative that addresses crypto's biggest mistakes, including centralization, the application of Web2 business models for Web3, and user-controlled internet.

Through Andiami, which is planned to be unveiled on November 3, Di Iorio will bring together leadership, stakeholders, new custom hardware and software, including scalable infrastructure, a new node-sharing protocol, a unique type of mining, and next-generation token economics.

"How do we power individuals with the tools to have control over their lives? Money, identity and communications are the three pillars that should be owned by individuals and not extracted by companies," Di Iorio said. "That's what we stand for. Empowering individuals as technologies become more prevalent. User-controlled internet. You can't use it unless you are your own server. You can't rely on a third party to do transactions."

Web3 needs to move away from companies using the model to serve investors or shareholders, he added. "[People need to have] full control of their money, identity and communications to monetize their lives. Web3 is a term that came out recently. That's what I've been building," he said.

On top of the Andiami project, Di Iorio is creating a Canadian foundation dedicated to raising the next generation of leaders and problem solvers.

"Over the years, I've developed problem-solving frameworks that put the pieces together to create win-win-win solutions. The frameworks have been formalized, and it's my mission to bring the tools forward that will inspire the next generation of problem solvers and leaders," Di Iorio added.