Gold price still on track to hit $7,000 at the end of the decade – Bytetree's Charlie Morris 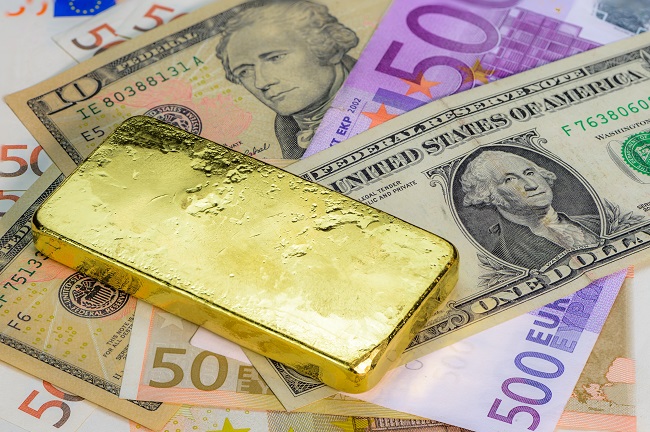 (Kitco News) - The gold market continues to languish below $1,750 an ounce; however, one fund manager said that the precious metal's long-term potential remains firmly in place.

Charlie Morris, chief investment officer at Bytetree Asset Management, said that he still sees gold prices pushing to $7,000 by the end of the decade.

Morris' outlook for gold comes as Bytetree continues to promote its new Gold/Bitcoin exchange-traded product. The 21Shares Bytetree BOLD ETP was launched as an inflation hedge that tracks an index comprising of bitcoin and gold. The fund is invested about 80% in gold and 20% in bitcoin.

"During the dark times, gold is the stronger asset, and during the good times, Bitcoin is stronger," he said. "The fund has this natural counter cyclicality and it basically is like a 60/40 for alternative asset."

Since the fund launched in April, both gold and bitcoin have struggled in the face of a stronger U.S. dollar. However, looking ahead, Morris said that there are signs that the massive rally in the U.S. dollar could be coming to an end. Although the U.S. dollar has pushed to a 20-year high, Morris said Friday's hawkish comments from Federal Reserve Chair Jerome Powell had not provided any new momentum.

"The dollar's been in this scary uptrend for two years, and it hasn't helped anyone. You have to assume that this whole dollar strength story is very mature and it has either peak or close to a peak and that is when gold can finally come back to its own," he said.

"Powell's comments were hawkish, but it's easy to talk tough when the economy is still in pretty good shape," he said. "How is he going to sound when the data become really soft? They can't hike as much as they say because the economy would be destroyed, so we will have to learn to live with stagflation."

Morris said investors would see value in gold when they realize that elevated inflation is here to stay. There is little central banks can do about that. He added that with so many funds liquidating their gold holdings, the turnaround rally would be dramatic.

"Right now, gold is pretty close to fair value given where interest rates are, but once people realize how wrong the Fed is on inflation, there will be a major shift," he said. "It's only a matter of time before gold is seen as a useful monetary asset again."

As bullish as Morris is on gold, he sees even more potential for silver. He added that silver is currently 30% undervalued.

"Silver will start to shine when breakevens start to accelerate higher. Gold does well in a low real interest rate environment, but silver really outperforms when there is inflation," he said.

Looking at cryptocurrencies, Morris said that the current downtrend is fairly healthy as it separates the strong assets from the weak ones. He added he sees Bitcoin and Ethereum emerging as the two big winners when the dust settles.

Morris said that Ethereum's shift to proof of stake from proof of work would be a game-changer for the crypto space.

"I see that as the new Nasdaq. Yeah. It might not make much money, but it's the projects that will be profitable. The value will be in anything deemed to have the productive capacity in the future to host a financial system," he said.