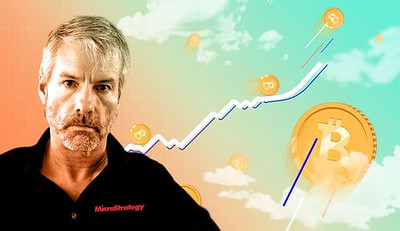 The CEO has become one of the most public proponents of Bitcoin and blockchain technology over the past few years as he went on a campaign to tout the benefits of holding a percentage of a company’s treasury in BTC.

According to a Twitter post from Racine, Saylor “has lived in the District for more than a decade but has never paid any DC income taxes.

NEW: Today, we’re suing Michael Saylor - a billionaire tech executive who has lived in the District for more than a decade but has never paid any DC income taxes - for tax fraud.

And it's not just Saylor that the attorney general is targeting, as a follow-up tweet noted that “We’re also suing his company, MicroStrategy, for conspiring to help him evade taxes he legally owes on hundreds of millions of dollars he’s earned while living in DC.”

The lawsuit will reportedly be the first lawsuit brought under DC’s recently amended False Claims Act, which encourages whistleblowers to report residents who evade tax laws by misrepresenting their residences.

“With this lawsuit, we’re putting residents and employers on notice that if you enjoy all the benefits of living in our great city while refusing to pay your fair share in taxes, we will hold you accountable,” Racine stated.

This development is the latest in a series of changes for Saylor and MicroStrategy after the former CEO stepped down from his position in early August to focus on “Bitcoin acquisition strategy and related Bitcoin advocacy initiatives” in his new role as executive chair.

The shakeup came amid plunging prices in the crypto market, with Bitcoin falling below $20,000 and putting MicroStrategy in the red in terms of its BTC investments.

Gold price gets another downgrade as Fed has another 175bps to hike, says Commerzbank