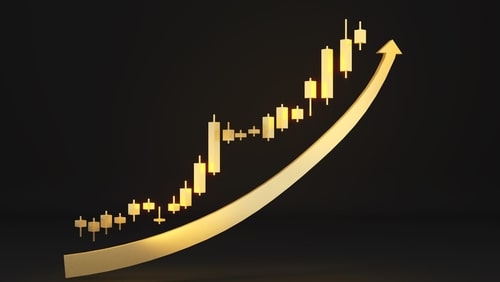 (Kitco News) Even though gold is heading for its fifth monthly drop, a high price scenario of above $2,030 an ounce cannot be ruled out this fall, according to RBC Capital Markets.

After peaking above $2,000 an ounce back in March, gold is ending the month of August down more than 5% year-to-date, with December Comex futures last trading at $1,731.70 an ounce.

"The large rally that we saw at the beginning of the year, particularly as Russia invaded Ukraine, was the type of crisis performance typical of gold," Christopher Louney, commodity strategist at RBC Capital Markets, told Kitco News.

But since then, gold has fallen from its yearly highs. And that's because the particulars of this type of crisis were negative for the precious metal, Louney explained.

"It takes economic and financial fallout to get gold to perform more strongly in the long term," he said. "And even though there's certainly been financial and economic fallout, this crisis played out in a way that means higher rates and a stronger dollar, which when we think of a crisis, is not always the case. That's part of why gold is priced the way it is."

The macro drivers from aggressive rate hikes and a strong U.S. dollar have been keeping gold below $1,800 an ounce, RBC's strategists added.

"Gold has been stuck. The day-to-day has been defined by expectations versus surprises in response to macro data or Fed speak. That sort of repricing of 50 versus 75-basis-point hikes and how long they last are what drives gold daily," Louney said.

But the heightened geopolitical tensions could still support gold into the year-end, which is why a price tag above $2,000 is still possible this fall.

"Gold's tug of war is happening against a high-risk environment. One where there is a war in continental Europe that's ongoing. Also, I wouldn't write off U.S.-China tensions over Taiwan. On top of that, there are the broader geopolitical trade intricacies of what is happening in terms of an energy crisis and economic performance more broadly," Louney pointed out. "There is this high-risk perceived safe haven undercurrent that is a tailwind supporting gold above where the macro factors otherwise would put gold."

Due to these opposing forces, RBC is pricing in two potential scenarios into the year-end — the middle and the high.

"This is the outlook where the geopolitical risks come to the fore and become the driving principles of how the gold price discovery process is done, such as more safe-haven flows into the ETFs and other gold assets. If the market becomes more concerned about the geopolitical risk or the broader risk faced by the economy, our high scenario is a fair bet," Louney described.

"It's really about what investors are placing in the driver's seat for gold — whether we're in a risk-on environment or a risk-off environment. That question really matters. Those triggers can lead to higher gold price levels seen earlier this year," Louney said.

On the economic front, RBC's base case is a mild recession in the U.S., which will be enough to keep gold prices somewhat elevated but unlikely to lead to fresh record highs.

The ETF flows for gold is the one gauge to pay close attention to for the rest of the year, Louney added. "The ETF flows have not been good this year. That's a good indicator of how the market views risk and the desire for a perceived safe haven," he said.