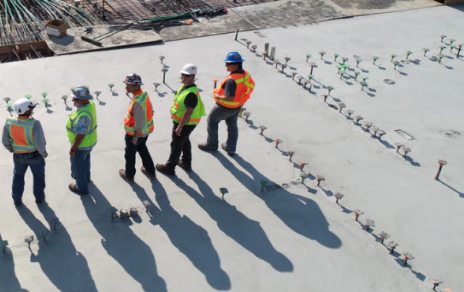 With a planned completion and start of production in 2025, the company believes Tennessee Lithium will be the largest lithium hydroxide processing facility constructed in the United States.

The project is expected to convert spodumene concentrate sourced principally from Piedmont’s international project investments to significantly expand the U.S. supply of lithium hydroxide, a key component in the manufacturing of EV batteries.

“Companies like Piedmont Lithium choose to call Tennessee home because of our unmatched workforce and strong business climate,” said Tennessee Governor Bill Lee. “I thank this company for its investment in McMinn County and commitment to create nearly 120 manufacturing jobs for Tennesseans.”

Importantly, the company noted that its Tennessee Lithium facility should be among the first lithium hydroxide plants built with the innovative Metso:Outotec process. This process eliminates the acid-leaching of spodumene and the production sodium sulfate waste, which will make Tennessee Lithium one of the world’s most sustainable lithium hydroxide operations, it added.

Piedmont said that based on prior studies, it plans to invest approximately $600 million in the development of the operation, adding that the Tennessee Lithium project is expected to drive significant economic activity and create approximately 120 new, direct jobs.

Piedmont Lithium is developing a world-class, multi-asset, integrated lithium business focused on enabling the transition to a net zero world and the creation of a clean energy economy in North America.

The company said that its goal is to become one of the largest lithium hydroxide producers in North America by processing spodumene concentrate produced from assets where it holds an economic interest.

The company’s projects include wholly-owned Carolina Lithium and LHP-2 projects in the United States and partnerships in Quebec with Sayona Mining and in Ghana with Atlantic Lithium.