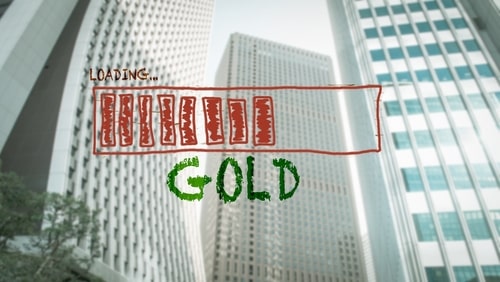 A strong U.S. dollar and rising yields forced gold below $1,700 an ounce earlier this week.

"Gold is becoming a punching bag as surging Treasury yields have rejuvenated the king dollar trade. It has just been bad news everywhere for gold. No reprieve in sight for gold until the move higher with global bond yields is over," said OANDA senior market analyst Edward Moya.

December Comex gold is looking to close Friday at around $1,727.20 an ounce, down 2.5% on the week, following a rally on the back of August's jobs report.

But analysts see Friday's move only as a short covering rally. "The market has been trending lower. We failed to hold levels above $1,800. The $1,700 level is the bottom. I would expect the market to be choppy-range bound. And until we can get above $1,745 on a closing basis, I will remain neutral. Above that, I start to get positive," RJO Futures senior market strategist Frank Cholly told Kitco News.

The 315,000 increase in U.S. nonfarm payrolls and the uptick in the unemployment rate to 3.7% point to a smaller 50-basis-point rate hike versus the 75-basis-point increase expected by the markets, said Capital Economics senior U.S. economist Michael Pearce.

The dollar retreated in response to the data, giving room for gold to rally. However, analysts remain very cautious, especially going into the long weekend.

"These long weekends bring a lot of surprises," Walsh Trading co-director Sean Lusk told Kitco News. "Everybody is going flat into the weekend. Recent shorts are covering. But there is still too much uncertainty, and gold could get knocked down if $1,680 fails to hold."

If the U.S. dollar remains elevated and the $1,680 an ounce level breaks to the downside, it would open the door to $1,550 an ounce, Lusk noted.

"I would be really careful here given the longer-term outlook for the stock market. I don't see how gold can sustain a rally with equities getting pounded and the dollar being bought on dips," he said. "If the near-term lows in gold can't hold and we drop to $1,678, gold could retreat to the pandemic lows of $1,625 and then even $1,484. Gold needs to hold $1,670-$1,680. If it does not, it is going down to lower levels."

For Lusk to turn bullish on gold, the precious metal must take out the $1,800 an ounce resistance level. "Whether gold does that on increased physical demand, hedge against what equities are doing, or some new safe-haven buying," he added. "I am a bit fearful here from a seasonal perspective. Gold should have rallied harder in August."

The $1,695-$1,700 range marks the market's long-term value, Cholly noted. "The market could move lower if the Fed continues to be very aggressive with rate hikes," he said. "The dollar garnered a lot of support from the idea that Fed will continue to raise rates aggressively."

The Fed is behind the curve on inflation and could overdo its hiking cycle, Cholly warned. "It is possible that gold could have more downside. Longer-term charts show that $1,700 is a good support level. If we take it out, we should start looking at $1,600," he said. "If we close below $1,695, there is a concern of another $100 downside."

Lusk added that some support for gold could come from geopolitical tensions, especially in Eastern Europe. "Nobody is going home short today, given geopolitical concerns."