LG Electronics to launch its NFT marketplace on the Hedera Network 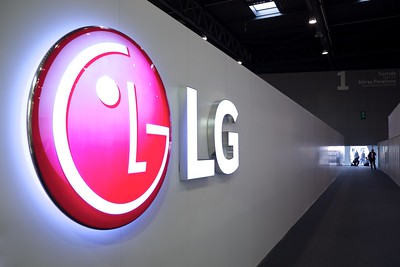 Through the integration, television owners whose TVs are updated to LG’s most recent software will now be able to buy, sell, and display their Hedera NFTs from their screens. The service will be compatible with any of the company’s TVs that run the webOS 5.0 operating system or later.

“The platform includes the LG Art Lab Drops feature, which profiles artists and previews new works coming soon to the platform,” LG said in its announcement, noting that the real-time “Live Drops” countdown makes it so that users “never miss an opportunity to acquire ‘just dropped’ NFTs.”

This announcement comes just eight months after the consumer electronics company indicated that it sought to incorporate NFTs into its smart TVs in an effort to “redefine the viewing and user experience.”

To go along with the NFT update, LG is also running a Beta test for developers for a new crypto wallet app that it has named Wallypto.

The choice of Hedera to launch its NFT marketplace has surprised some, as the activity of the NFT community on Hedera pales in comparison to that of Ethereum. Data from DappRadar shows that over the past 30-days, the Hedera NFT marketplace HashAxis has processed $36,000 in trading volume as compared to $330 million in trading volume for the Ethereum network on OpenSea.

The fact that LG has served on The Hedera Governing Council since 2020 likely played a major role in the company’s decision to launch its marketplace on Hedera. Other members of the governing council include Google, IBM and Deutsche Telekom, to name a few.

LG’s entrance into the NFT arena comes after its rival Samsung released an NFT marketplace, which is supported by Nifty Gateway, on three of its television models.

LG Art Lab will only be on LG TVs, and users will be able to use the mobile Wallypto crypto wallet to purchase assets by scanning QR codes to connect their wallets. The Wallypto app and logo have already been registered “with domestic and foreign patent offices” according to local media sources, and the company hopes to conduct its “official launch” before the end of 2022.

This announcement from LG comes as the NFT sector has undergone a significant pullback in activity as compared to its highs during the bull market. NFT global market sales came in below $1 billion in August for the third consecutive month, according to data from CryptoSlam, after reaching an all-time high of $5.63 billion in January.