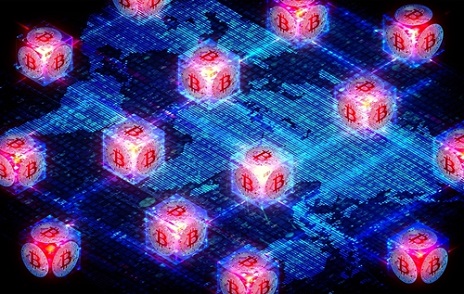 (Kitco News) - Russia’s central bank announced Monday that it has agreed with the finance ministry to legalize the use of cryptocurrencies for cross-border payments.

The central bank has been seriously rethinking its approach to regulating the crypto industry, and this latest development is an admission that crypto payments are inevitable based on current geopolitical conditions.

According to Alexi Moiseev, the country’s deputy finance minister, many Russians rely on foreign platforms to open a crypto wallet, and that is something that needs to be handled within the country using trusted platforms.

“It is necessary to do this in Russia, involving entities supervised by the central bank, which are obliged to comply with Anti-Money Laundering and Know Your Customer requirements,” Moiseev stated.

This announcement marks a shift in the country’s approach to using cryptocurrencies as a payment method. Its 2020 “On Digital Financial Assets” law officially prohibited the use of cryptos like Bitcoin (BTC) for payment purposes.

In late 2021, Russian President Vladimir Putin suggested that it was “still premature” to use crypto to facilitate the trading of energy resources like oil and gas.

It appears as though the economic sanctions placed on Russia by the West in response to the invasion of Ukraine have altered this perspective and made cryptos a more appealing cross-border payment option.

This was addressed by Moiseev, who noted that the central bank has reconsidered its approach to regulating the industry “given that the situation has changed.” Some reworking of the current plans needs to be done; however, as the planned infrastructure is “too rigid” to use cryptos in cross-border settlements, the official said.

China to deploy more smart contracts for the digital yuan

Meanwhile, in China, The People’s Bank of China (PBOC) has announced that it plans to deploy more smart contracts for its digital yuan after multiple new use cases have emerged from tests conducted on the new digital currency.

In a speech given this past Friday by Mu Changchun, director-general of the PBOC’s digital currency institute, the official detailed that smart contracts involving the digital yuan, or e-CNY, have been applied to several areas such as government subsidies, retail marketing and pre-paid fund management.

This development aligns with what the institute laid out in the e-CNY whitepaper released in 2021, which indicated the currency would obtain programmability by “deploying smart contracts that don’t impair its monetary functions.”

Mu indicated that the next step would be to create smart contract templates and put systems in place that help mitigate any risks to economic and financial stability.

“Smart contracts, in this sense, have to go through compliance reviews and tests before they are made into templates and models,” Mu said, noting that the PBOC is in the process of establishing a platform to review and register smart contract models.

The PBOC initially started pilot trials of the e-CNY in Shenzhen in October 2020, and it has since expanded the trials to at least 23 cities and regions.