Another 51 tonnes of gold flees ETFs in August - WGC 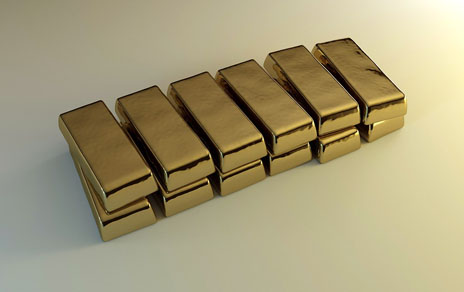 (Kitco News) - Extraordinary strength in the U.S. dollar and rising bond yields continued to force investors out of the gold market as gold-backed exchange-traded funds saw outflows of 51 tonnes last month, valued at $2.9 billion, according to the latest data from the World Gold Council.

In a report Wednesday, the WGC said that this was the fourth consecutive month of ETF outflows in the gold market and came as the price ended August with a 2% loss. Gold prices are down 5% since the start of the year as 102 tonnes of gold have flowed out of global ETFs, the report said.

"The promising bounce that began in mid-July ran out of steam in mid-August after failing to break the US$1,800/oz resistance level. This performance came against a backdrop of continued higher yields and a stronger U.S. dollar as the U.S. Fed reaffirmed its commitment to further tightening," the analysts said in their monthly outlook.

North American-listed funds saw outflows of 40 tonnes and continued to lead the exodus; however, the analysts noted that the outflows were broad-based worldwide.

"Continued hawkish commentary from U.S. Fed officials drove 2-yr rates above the June highs, to levels last seen during the Global Financial Crisis (GFC). Nearly all funds in the region experienced outflows, including those in the low-cost space," the analysts said.

The WGC warned investors that the gold market could continue to struggle as central banks, led by the Federal Reserve, aggressively raise interest rates.

"Several Fed policymakers have been clear that despite the cooler inflation reading for July, it is too early to "declare victory" in the fight against rising prices and that tighter policy might be in place for some time," the analysts said. "In the short term, interest rates in key markets are set to continue higher until central banks – most importantly the Fed – bring inflation closer to target. The European Central Bank and Bank of England, both similarly battling multi-decade high inflation, also have policy meetings in September where further rate hikes are expected. This will likely keep the pressure on gold."

The short-term outlook comes as gold prices continue to test support just above $1,700 an ounce. However, the prominent line in the sand for many analysts is between $1,680 and $1,675. A drop below this support area could signal an end to gold's multi-year uptrend.

WGC said that despite the growing pessimism, there are still some bright spots in the gold market. Although expectations that the Federal Reserve will pivot on its current tightening cycle have been pushed to later in 2023, it has not gone away.

"Investors appear reluctant to accept that the U.S. rate-hike cycle will extend beyond year-end: markets are pricing in expectations for the Fed to reverse course in late Q2 2023. This could reflect a belief that either inflation will come down quickly or a deep recession will force a policy rethink," the analysts said.

The analysts said the growing threat of a global recession would continue supporting gold prices.

"Exploratory analysis shows that gold has proven to be one of the best-performing assets during U.S. recessions, especially when they have coincided with high inflation," the analysts said.