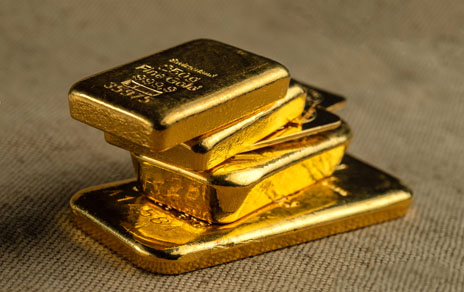 (Kitco News) - Despite a strong start in August, the gold market has struggled to find any consistent bullish momentum as prices remain below $1,750 an ounce.

The markets' expectations for more aggressive monetary policy action from the Federal Reserve continue to support the U.S. dollar, which is weighing on gold; however, one market analyst said that bullish momentum trade is building in the precious metal.

In an interview with Kitco News, Huw Roberts, head of analytics at Quant Insight, said that according to his company's research, the precious metal has entered a macro regime and has broken below its fair value levels.

According to Quant Insight, with rising interest rates and a strong U.S. dollar, gold prices should be trading around $1,760 an ounce. Although gold is about 2% below its fair value, Roberts said that traders could be waiting for a better entry point.

He added that gold has room to go lower as the Federal Reserve continues to raise interest rates throughout the year.

"You can't argue that throughout 2022 the Federal Reserve has been consistent that inflation has become their number one priority and the combat inflation they need to tighten financial conditions," he said.

Although it's a challenging environment for gold, Roberts said there is still potential for the precious metal. He explained that in July, markets prematurely started to expect the U.S central bank to pivot on its aggressive monetary policy; however, hawkish comments from Powell dashed that expectation. Markets see a 76% chance of a 75-basis point move later this month.

"Gold investors got excited about a dovish pivot, and those expectations haven't gone away; they have just been pushed back to the second half of 2023," he said.

Although the market currently believes in the Fed's aggressive stance on inflation, Roberts noted that a lot can happen in the next six months.

"Looking at current macro fundamentals, in the current environment, gold is undervalued, but it can still get cheaper. Our models are telling us that investors might want to wait for a better entry point," he said.

As to what is driving gold's macro outlook, in July, inflation was the most significant factor moving the precious metal; however, this month's analysis from QI shows that the market is a lot more balanced between inflation, currency valuation and corporate credit spreads.

Trying to interpret the data, Roberts said that tighter financial conditions are driving corporate debt higher, which points to growing economic uncertainty. Rising high yield spreads show the growing fear that the U.S. economy is headed toward a recession.

"It's almost as if in the last month, a perfect picture of gold has emerged. It is acting as an inflation hedge and a risk-off hedge," said Roberts. "If you are looking for a safe haven, what are you going to buy? You can't buy treasures because of inflation; you can't buy currencies because of King Dollar, so gold becomes a logical choice."