Bullish sentiment points to a limited short squeeze for gold prices, not a new breakout 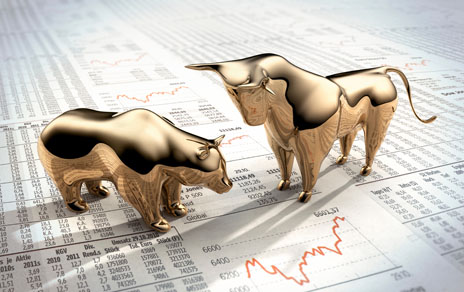 (Kitco News) - Sentiment in the gold market has improved as the precious metal has managed to hold critical support above $1,700 even as the U.S. dollar rallied to a new 20-year high.

Although gold has room to go higher next week, analysts have said that investors shouldn't expect to see any significant breakout as the Federal Reserve will continue to raise interest rates aggressively. Markets currently see an 88% chance that the U.S. central bank will raise the Fed Funds rate by another 75 basis points on Sept. 21.

"Weaker economic data next week could pressure the U.S. dollar and push gold prices higher, but the data won't stop the Fed from raising rates and that will ultimately support bond yields and the U.S. dollar," said Sean Lusk, co-director of commercial hedging with Walsh Trading. "Gold could get to $1,760 next week, but it won't change the fact that it remains stuck."

Marc Chandler, managing director at Bannockburn Global Forex, said that he sees any rally in gold as a short-term correction in the current downtrend.

"I want to sell into what I expect to be a little more of a bounce in gold," he said. "What I am looking at is a soft headline CPI and for the market to have second thoughts about a 75 bp hike from the Fed later this month. However, I think this may be a bit of a head fake in the sense that headline inflation will still be elevated and the core rate may tick up. I think the upticks are corrective in nature and not the beginning of a new uptrend. "

Chris Vecchio, senior market analyst at DailyFX.com, said that despite the challenging environment for gold, the market bulls can be confident that the precious metal has managed to build a solid floor of support at around $1,700.

"It's going to take something substantial for prices to break below $1,680 an ounce," he said. "But I still see gold as trendless, stuck between the tug and pull of real yields and inflation."

Many analysts said they are bullish on gold as the U.S. dollar looks to be ending the week of a sour note, unable to hold gains above its recent 20-year high.

David Madden, market strategist at Equiti Capital, said that although gold appears to be stuck in neutral above $1,700 an ounce, it has shown some resilient strength, which could help attract some attention.

"This could be the beginning of the end of the strong negative correlation between gold and the U.S. dollar," he said. "However, I am still bullish on the U.S. dollar because the Fed is in a better position to instill confidence in their currency compared to the Bank of England or the European Central Bank."