Global governments demonstrate the wide-ranging use cases of NFT technology 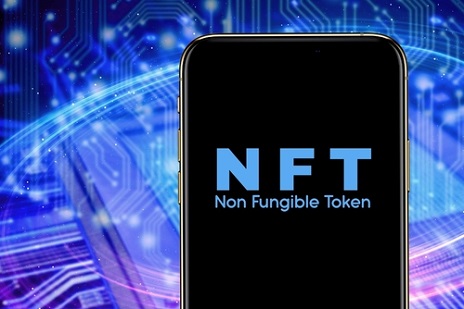 (Kitco News) - Non-fungible token (NFT) technology remains one of the most promising use cases of blockchain in the real world as the possible applications are wide-ranging, spanning sectors from artwork to identity verification.

A recent document released by the European Union Intellectual Property Office (EUIPO) indicates that officials in the EU are considering the use of blockchain technology and NFTs to help combat the counterfeiting of real-world goods.

The Office has proposed that owners of intellectual property (IP) will be able to issue digital tokens for physical goods, referred to as a "digital twin," which will be recorded on the blockchain and used to prove that the item is genuine.

"As goods pass from one party to another, the token is exchanged between digital wallets. The combination of a unique product identity and the continuous transfer of the digital identity between wallets creates proof that the goods are genuine," the document said.

The EUIPO intends to have the new system fully operational by the end of 2023, which will require the development of a registry system that will group together all of the IP holders, logistics operations, and retailers in the EU.

The study also suggested that in order for the system to accomplish its goal, it will need to be compatible with other supply chain monitoring technologies that are already in place.

"The tool itself will remain versatile in terms of interoperability and with low effort and investment, thereby minimizing technological and economic barriers in the path of its wide adoption," the EUIPO said.

NFTs as a reward for solving problems with digital technology

An example of NFTs in action comes from Japan, where the government has become one of the first to issue NFTs as a form of supplementary reward meant to acknowledge the work of local authorities who have utilized digital technology to solve local problems.

Japan's cabinet secretariat was responsible for handing out the awards during the recent "Summer Digi Denkoshien 2022" ceremony, which was attended by the country's prime minister Fumio Kishida.

A total of seven mayors received an NFT prize for their efforts to advance the digital economy for such developments as the use of electric vehicles to make local deliveries or the use of cameras on mobile devices to track changes in traffic conditions in real-time.

The non-transferable NFTs were issued on the Ethereum blockchain using the proof of attendance protocol (POAP). Indiesquare's low-cost blockchain platform Hazama Base was utilized to mint the tokens.

Despite the widespread pullback in the NFT market amid the wider downturn in cryptocurrencies, the underlying capabilities and applications of the technology suggest that NFTs will be heavily adopted and integrated into numerous aspects of the global digital economy in the years to come.