Gold prices holding a solid floor around $1,700 by year end - Bank of America 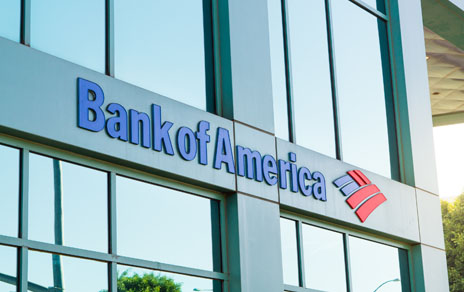 (Kitco News) - Many gold investors have been frustrated with gold's price action so far this year as the prices have declined nearly 5%; However, commodity analysts at Bank of America have a slightly more optimistic view of the precious metal.

In a report Monday, the analysts said that in the current environment, gold prices are 10% to 15% above fair value. The comments come as gold sees renewed momentum after bouncing off support at $1,700 an ounce. December gold futures last traded at $1,743.70 an ounce, up 0.83% on the day.

"In our view, the gold market is factoring in break-evens well above 3% at the moment. All-in, we can justify gold prices stabilizing just below $1,700/oz by the end of the year," the analysts said.

Although the U.S. dollar and rising U.S. interest rates continue to present strong headwinds for the gold market, analysts at Bank of America see a solid floor for now.

"For gold to hit $1,500/oz, nominal 10-year rates would have to hit 4%, which looks difficult against the backdrop of a slowing U.S. economy," the analysts said. "For gold to fall to the lower end of the range, recent investor liquidations and outflows from ETFs would have to accelerate, which is not our base case, given that our FX and rate teams expect dollar strength to reverse and the nominal 10-year rate to decline respectively next year."

The comments come as the Federal Reserve looks to raise interest rates by 75 basis points later this month. Bank of America economists expect nominal interest rates could end the year between 4.00% and 4.25%; at the same time, real interest rates are expected to peak at 3% in the first half of 2023 and fall to 2.50% by the end of next year.

Commodity analysts said that a peak in real interest rates will be positive for gold.

"The Fed signaling a slowdown in the hiking cycle may ultimately bring new buyers into the market. Our FX strategists also expect a weaker dollar. As such, we continue to expect upside to gold as we move into 2023," the analysts said.

Looking at other factors supporting the gold market, Bank of America said they expect continued growth in central bank demand.

"Remarkably, purchases have been relatively broad-based, with monetary authorities in Turkey, Egypt, Iraq, India and Ireland all adding to their holdings," the analysts said. "These numbers confirm that central banks remain conservative in an increasingly uncertain geopolitical environment. Yet, while purchases from monetary authorities are supportive, their ca. 20% share in total implied investment is usually not sufficient to drive rallies alone."

Bank of America also sees growing demand from India and China, the two biggest gold markets in the world.