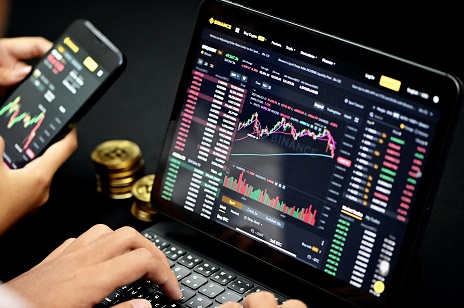 Global financial markets tumbled in response to the surprising print as market participants came to the realization that the Fed will need to continue its hawkish interest rate hiking schedule if it hopes to tame inflation.

Data from TradingView shows that Bitcoin (BTC) traders were bullish in the early hours on Tuesday, which resulted in the price of BTC rising to resistance at $22,800 before the CPI announcement sparked a 7.5% sell-off in price that resulted in the top crypto hitting a low of $21,080.

Bitcoin's rally higher in the early hours on Tuesday was noted by Kitco senior market analyst Jim Wyckoff, who highlighted that BTC “hit a three-week high” after bulls managed to negate a price downtrend on the daily chart.

While the market has shifted some in response to the CPI report, Wyckoff indicated that “recent gains suggest a near-term market bottom is in place and that prices can continue to work at least sideways to higher in the near term, if not sideways to higher.”

Tuesday’s selloff was dramatic in terms of its speed and the percentage decline, but as the chart above shows, BTC now trades back at the $21,200 support level where it was trading just three days prior.

And for the weary crypto traders who are wondering when this choppy, sideways action that is typical of a crypto winter might come to an end, market analyst and pseudonymous Twitter user Rekt Capital highlighted the fact that “it has almost been a year since BTC peaked in November 2021.

Which means that this Bear Market is getting close to ending

As for what price levels to keep an eye on moving forward, independent market analyst il Capo of Crypto warned that if BTC price happens to break below $19,000, there is a possibility that it could tumble all the way down to the $14,000 - $16,000 range.

It can still go to 23k to rekt early shorts, but I wouldn't be bullish here.

When Bitcoin experiences a sharp selloff, the altcoin market usually fares even worse, which was exactly the case following Tuesday’s CPI-inspired downturn.

The top altcoin Ethereum (ETH), which had rallied to start the week in anticipation of its upcoming Merge, saw its price plummet 9.42% from its daily high of $1,760 to a low of $1,592 before support arrived to stem the outflow and bid it back above $1,600.