Silver's 'buy signal' and why it is a good idea to hold commodities in recession, Goehring & Rozencwajg weighs in 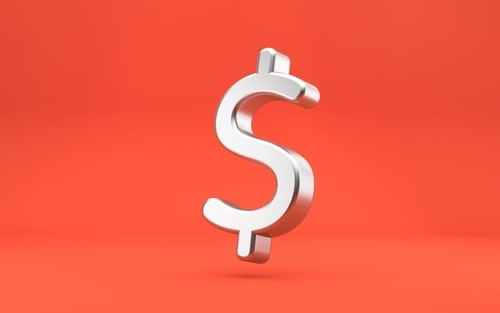 (Kitco News) Commodities might be the investment to hold during the next recession, with silver already starting to flash a "buy" signal, according to Goehring & Rozencwajg managing partner Leigh Goehring.

It is not advisable to start selling commodity assets based on recessionary fears, Goehring told Kitco News. The main reason is commodity markets don't resemble the 2008 crisis, and investors risk selling at a bottom and missing out on a massive rally ahead.

Commodity prices are cyclical. And when they become extremely cheap relative to financial assets, they represent excellent opportunities that lead to years-long bull markets.

"You buy commodities cheap at the end of a commodity cycle where all the investment has been pared back. It almost doesn't matter what happens going forward," Goehring described. "Periods of radical commodity undervaluation are related to the natural resource capital spending cycle, and it's this capital spending cycle that leads to huge outperformance going forward."

And after radical underinvestment over the past decade, the commodity market is in that position.

"This is going to be the decade of the shortage of everything. And looks like it's being played out," Goehring said. "People are worried about a recession, an aggressive Fed, and global financial panic. This may all play out, but commodities as long-term investments are going to make a lot of money regardless of that. How do we know that? Well, we have a great analogy in 1929."

Goehring pointed to energy markets, metals, agriculture, and gold. "We've never had a commodity bull market without gold leading. And we have a chance of oil hitting $200 a barrel in the next six months. Also, there is a chance of the U.S. gas price converging with the international gas price," he said. "That's going to cause demand destruction, and that would probably be the time to switch your investments from energy into the metals."

From the time the decade starts and ends, gold will be the leader, Goehring added. With that in mind, there is still a risk that inflation accelerates from here, and the recent red hot inflation data from August could be the evidence.

The August CPI came in at 8.3% annually versus the expected 8% after accelerating to 8.5% in July.

"All the big economists are saying that inflation is going to moderate. What if it accelerates? Global oil demand is accelerating. And we're not building inventories the way we should. We run the risk that at some point this winter, we have a huge spike in oil prices," Goehring explained.

On the economic front, inflationary psychology is starting to take place. And that brings forward economic activity.

"People are likely bringing forward future consumption to today because they realize prices will go up. It makes sense to buy a little more today instead of buying it down the road at a higher price. We're beginning to see some of that at work," he said. "This puts extra momentum in the economy. I wouldn't be surprised that that's happening, and we don't even know how to measure it. That's why everything remains so strong."

Buy signals for silver and gold

Silver might already be flashing a buy signal from the precious metals, Goehring pointed out, citing traders' activity on the COMEX.

"We should go back to the last great buying opportunity in gold and silver, which was back in August and September of 2018 — when gold bottomed at a little under $1,200 an ounce and then rose 75% in the next two years. One of the most interesting things to watch was trader activity on the gold and silver COMEX exchanges," he noted.

Right now, the silver market is very close to registering "a big buy signal," Goehring added. "Silver specs have now gone short, and they've been short for a couple of weeks now. And commercials are just about to go long. They're basically flat, and that's getting awfully close to a buy signal," he said.

However, the gold market still has a ways to go. "The commercials are still net short, and the speculators are still net long. So if we were to get a real flip in the gold psychology, that would be the bottom," Goehring said.

For gold, a potential bottom this year could be around $1,600 an ounce, which would be a 50% Fibonacci retracement. "And we're not that far away. That might be a natural stopping place on the downside," Goehring stated.