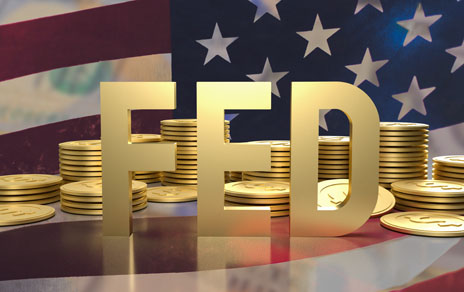 (Kitco News) - Inflation is proving to be significantly more persistent than initially expected as falling energy prices provide little relief for consumers who continue to see a sharp rise in shelter and food costs.

The ongoing inflation threat is creating more volatility in interest rate expectations as markets see a potential for the Federal Reserve to be increasingly more aggressive through the rest of the year. A more aggressive central bank could significantly impact gold, with prices hovering above a critical long-term support level.

Interest rate expectations have jumped since Tuesday after markets were surprised by hotter-than-expected consumer inflation rising to 8.3% in August.

According to the CME FedWatch Tool, markets are now pricing in a more than 30% chance that the Federal Reserve will raise interest rates by a full 1%. Last week, investors were still debating whether the U.S. central bank would raise the Fed Funds rate by 50 or 75 basis points.

"The inflation data shows that the Fed is clearly way behind the curve, so there is a very good chance that the Fed moves 1% next week to show markets that it is taking inflation seriously," said Colin Cieszynski, chief market strategist at SIA Wealth Management. "The data shows that inflation is not just higher prices in a few commodities, but it has become broad-based, which is the Fed's biggest fear."

The growing hawkish expectations do not bode well for gold. The precious metal dropped more than 1% to retest support at $1,700 an ounce following the hotter-than-expected CPI numbers Tuesday. December gold futures remain under pressure, last trading at $1,712.50 an ounce, down 0.28% on the day.

Analysts note that rising interest rate expectations could signal further weakness for gold as it hovers above critical long-term support.

"Bulls need to defend $1,686.30 in October gold futures, which is the summertime low. A drop below that level would do serious chart damage and trigger sell stops to send prices significantly lower," said Jim Wyckoff, senior technical analyst at Kitco.com.

Cieszynski said that he is watching support between $1,680 and $1,675. He added if that support area broke, there wouldn't be much to stop prices from falling all the way to $1,550 an ounce.

Many analysts have noted that a break below $1,675 would signal an end to gold's three-year bull market.

Unfortunately, for gold investors, interest rate worries are far beyond just one rate hike. Lukman Otunuga, manager of market analysis at FXTM, said that markets have practically priced in a 75-basis point hike in November. At the same time, markets see a terminal rate of 5% by March.

"This will only add to gold's woes as the precious metal losses its luster in a high-interest rate environment. Talking technicals, $1,700 remains a key level of interest with the path of least resistance pointing south," he said.

Although gold's outlook is bleak, some analysts have said that there are other factors that could come into play to support prices. Many economists have pointed out the growing risk of a sovereign debt crisis among emerging market nations as the U.S. dollar remains at a 20-year high.

At the same time, some analysts have said that a 1% move could be interpreted as a panic move by the Federal Reserve, which would be positive for gold as markets could lose faith in the central bank.

Nicky Shiels, head of metals strategy at MKS, said that gold could be holding on to $1,700 in the face of rising interest rates because investors are reluctant to let go of an important safe-haven asset. She added there are concerns the Fed will continue to raise interest rates until something in the global economy breaks.

Ole Hansen, head of commodity strategy at Saxo Bank, said that he expects gold prices to hold $1,700; however a lot depends on the U.S., which hold near a 20-year high.

"A 1% hike next week would bring us closer to the economic edge which may end up being gold positive," he said. "The dollar will likely stay strong and gold weak until something breaks on the economic front. Until such time gold may struggle, but I remain a bull as I believe the market is wrong in their assumption inflation will return to 3%."

Andrew Hunter, senior U.S. economist at Capital Economics, said in a report Wednesday that he still expects the Federal Reserve to raise interest rates by 75 basis points next week.

"The FOMC's new projections are still likely to signal that the end of the tightening cycle is coming into view, and we still expect a sharp fall in inflation to eventually persuade officials to start cutting rates in the second half of next year," he said.

However, Capital Economics is not an optimist on gold prices this year as they expect rising interest rates and a strong U.S. dollar to push prices to $1,650 an ounce by the end of the year.

The U.K. research firm is slightly more optimistic about gold in the second half of 2023 as it sees interest rates coming back down.