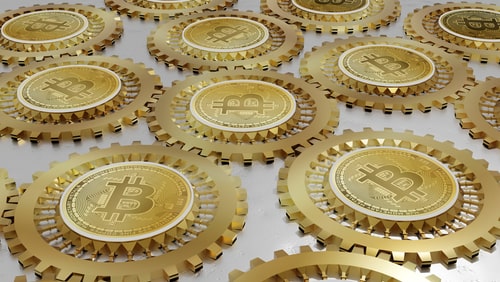 (Kitco News) It is too early to jump on the crypto bandwagon as more rate hikes are still coming, said DoubleLine CEO Jeffrey Gundlach.

"I'd certainly not be a buyer today," Gundlach told CNBC on the sidelines of the Future Proof wealth conference Tuesday.

The volatility and uncertainty Gundlach referred to were on full display after the latest round of hotter-than-expected inflation data out of the U.S. sent equity markets and Bitcoin crashing down.

Wall Street saw its worst day on record since June 2020 on Tuesday, and Bitcoin fell around 10% in response to August's annual CPI coming in at 8.3% versus the expected 8.1%.

The time to return to the crypto space would be when the Federal Reserve pivots from rate hikes and begins its "free money" policies, Gundlach explained.

Since March, the Fed has been aggressively hiking rates via oversized increases of 75 and 50 basis points to get inflation under control.

At the upcoming September meeting, markets are pricing in a 70% chance of another 75 bps rate hike, while another 30% is looking for a 100 bps increase, according to the CME FedWatch Tool.

"I think you buy crypto when they do free money again," Gundlach said when discussing Fed's policies and recession fears. "You need a true Fed pivot," not the "dreams" of a monetary policy pivot, he added.

Gundlach also warned about a potential monetary policy error as the Fed runs away with rate hikes, slowing down the economy too much to fight inflation.

Even though the DoubleLine CEO projects a 75 bps hike at the September meeting next week, he would prefer a much smaller increase of just 25 bps. Using many oversized rate hikes in a row without pausing could lead to unexpected consequences, Gundlach cautioned.

"The debate about whether or not the U.S. is in a recession is tiresome and off point. On point, and undeniable, is the fact that the U.S. is experiencing stagflation," he tweeted back in August.

The debate about whether or not the US is in recession is tiresome, and off point. On point, and undeniable, is the fact that the US is experiencing stagflation.