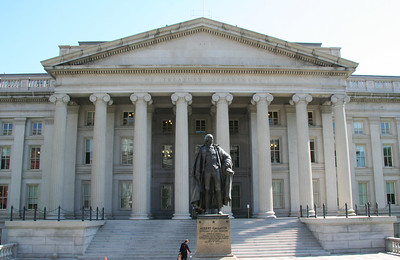 (Kitco News) - The US Department of the Treasury has provided an update on the Tornado Cash saga, saying that “interacting with open-source code itself, in a way that does not involve a prohibited transaction with Tornado Cash, is not prohibited.”

The updated guidance was posted on the agency’s frequently asked questions page on Tuesday to help clarify some concerns that have been voiced by many U.S.-based crypto users regarding the controversial cryptocurrency mixing service.

According to the update, an example of a behavior that is not prohibited includes a “U.S. person copying the open-source code and making it available online for others to view, as well as discussing, teaching about, or including open-source code in written publications, such as textbooks, absent additional facts.”

The announcement noted that while the “Tornado Cash website has since been deleted from the Internet, it currently remains available through certain Internet archives.”

The agency specified that users can interact with the Tornado Cash code as long as they don't engage in any prohibited transactions, while those who initiated a transaction “prior to its designation on August 8, 2022, but not completed by the date of designation,” can apply for an OFAC license to complete the transaction or to make a withdrawal.

“U.S. persons should be prepared to provide, at a minimum, all relevant information regarding these transactions with Tornado Cash, including the wallet addresses for the remitter and beneficiary, transaction hashes, the date and time of the transaction(s), as well as the amount(s) of virtual currency,” the Treasury Department replied in response to a question.

“OFAC would have a favorable licensing policy towards such applications, provided that the transaction did not involve other sanctionable conduct.”

This update from the Treasury Department follows last week's revelation that the top U.S.-based cryptocurrency exchange Coinbase has funded a lawsuit brought forward by six Tornado Cash users. The plaintiffs have alleged that sanctioning the mixer’s smart contract address is illegal and that the move infringes on their First Amendment rights since Tornado Cash is a tool that supports free speech.