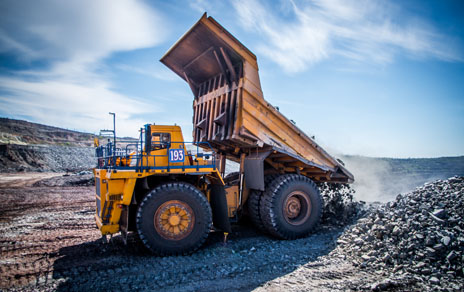 (Kitco News) - Coeur Mining (NYSE: CDE) today announced that it has entered into a definitive agreement with a subsidiary of AngloGold Ashanti (NYSE: AU) to sell its Crown and Sterling holdings for closing cash consideration of $150 million and deferred cash consideration of $50 million to be paid upon Crown Sterling attaining a total resource of at least 3.5 million gold ounces.

The company said that Crown and Sterling holdings comprise approximately 35,500 net acres and are located adjacent to AngloGold's existing gold projects in Beatty County, Nevada, adding that subject to customary closing conditions, the transaction is expected to be completed in the fourth quarter of 2022.

Coeur currently estimates that the properties to be sold in this transaction have a mineral resource of 914,000oz.

"The divestiture of Crown Sterling unlocks significant value for Coeur stockholders and demonstrates our ongoing commitment to allocating capital into our existing portfolio of near-term core growth projects, highlighted by the Rochester expansion in northern Nevada," stated President and CEO Mitchell J. Krebs. "The consideration represents a significant gain on our original investment."

"Following its recent acquisition of Corvus Gold, AngloGold has consolidated a significant portion of the Beatty district and is the logical operator of a future standalone mining operation in the Beatty district. We look forward to sharing in AngloGold's future exploration success in this prospective district," he added.

Coeur Mining is a U.S.-based precious metals producer with four wholly-owned operations: the Palmarejo gold-silver complex in Mexico, the Rochester silver-gold mine in Nevada, the Kensington gold mine in Alaska and the Wharf gold mine in South Dakota. In addition, the company wholly-owns the Silvertip silver-zinc-lead development project in British Columbia and has interests in several precious metals exploration projects throughout North America.

AngloGold Ashanti, with its head office in South Africa, is an independent, global gold mining company with a diverse portfolio of operations, projects and exploration activities across nine countries on four continents. The company is one of the largest gold producer globally and the largest on the African continent.