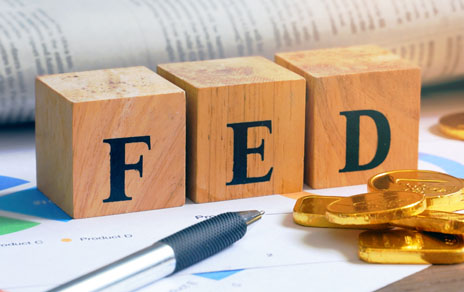 (Kitco News) - The gold market may continue to suffer as the Federal Reserve's aggressive monetary policy strategy drives bond yields and the U.S. dollar high; however, one bank still sees it as an essential asset to hold in the current environment of heightened uncertainty.

Analysts at Société Générale said in their fourth quarter multi-asset portfolio report, said that they are maintaining their exposure to gold even as they reduce their overall exposure to commodities. The analysts said that having exposure to gold as a safe-haven asset will be important as central banks continue to push the global economy closer to a recession.

The optimistic outlook for gold comes as prices trade near a two-year low, testing critical long-term support at $1,675 an ounce. Last week commodity analysts at the French Bank warned that rising real bond yields could push gold prices as low as $1,550 by the third quarter of next year.

"In the short term, gold could continue to suffer from higher real yields, themselves pushed up by further Federal Reserve rate hikes. However, from a portfolio construction standpoint, with expected rising recessionary forces at play and sticky inflation, on top of the Fed pivot (calling the peak of the USD itself), gold appears as a very defensive asset in troubled times," the analysts said in their latest report.

The French bank added that it prefers gold over long-duration equities.

"We think defensive assets such as gold are preferable, as we expect them to outperform first. The main reason is that the earnings growth outlook for U.S. stocks will likely get worse in 1H23 on the back of a strong USD, a weaker oil price, and the likelihood of continued economic slowdown," the analysts said.

SocGen has reduced its overall commodity weighting in the portfolio by 5 points to 10%. Gold currently represents a total of 7% of the portfolio's commodity holdings.

"After a strong performance ytd, some commodities face the twin challenge of slowing demand and a potentially improved supply situation. Demand destruction is set to weigh on many commodity prices, a result of spending pattern changes ensuing from a fall in purchasing power and cyclical headwinds," the analysts said.

The bank's overall portfolio strategy is to become a little more defensive through the end of the year as the Federal Reserve's commitment to fighting inflation through rate hikes pushes the economy closer to a recession.

The bank is increasing its exposure of U.S. Treasures to 25%. At the same time, exposure to global bonds has increased 33%.

"There is no doubt the Fed wants the U.S. job market to stop overheating. Growth expectations are clearly at risk, given the prospect of impending (central and commercial) banks' restrictive actions," the analysts said. "As the ECB still has to announce balance-sheet run-offs officially (bear euro bonds), we feel safer with U.S. Treasuries, as we believe the Federal Reserve's credibility will continue to anchor inflation expectations under 2%. Indeed, we consider U.S. Treasuries to be one of the rare assets that have already priced in many of the risks ahead."

The bank is also increasing its U.S. dollar holdings to 10% of its portfolio strategy even as it sees the greenback as overvalued.

"The main reason for this is not the euro, but China – given the growth downgrade cycle and the scope for substantial monetary easing there as both producer and consumer price inflation continue to drop," the analysts said.

Finally, SocGen analysts also warned investors that although markets no longer expect the Federal Reserve to pivot its monetary policy anytime soon, that time will eventually come, and investors should be prepared to move quickly.

"Three key rapid measures can be taken: reduce the USD weighting in our portfolio, reweight cheap E.M. assets across the spectrum (most currencies, bonds, and equities) and reweight base metals. We see a clear bottom of $6,000/tonne for copper, which we view as an entry point for gearing to rising demand for decarbonization," the analysts said.

Because of the risk of persistently higher inflation, markets expect that the Federal Reserve will aggressively tighten its monetary policy to at least the first quarter of 2023. Markets see the Fed Funds rate rising as high as 5% and staying there through most of next year. Analysts at SocGen said that they see rates capped at 4.50% and see a pivot coming in the third quarter of 2023.