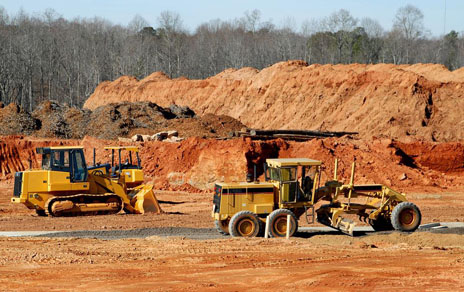 (Kitco News) - South Star Battery Metals (TSXV: STS) today announced that it has received the construction permit for its Santa Cruz graphite mine in Brazil from the municipality of Itabela on September 15, 2022.

In addition, South Star reported it held meetings with the State of Bahia development agency, the Bahia industrial confederation as well as representatives from the port facilities in Salvador, Bahia.

In its press-release, the company said that the municipal construction permit was the final approval it needed for Phase 1 construction to begin in earnest.

CEO Richard Pearce commented, "The municipal construction permit was the final approval we needed for Phase 1 construction to begin in earnest, and are pleased to have achieved this important milestone.  Once again, we would like to thank the mayor of Itabela and his/her team for their continued support of South Star. We look forward to working closely with them through construction and the start commercial production in Q4 of 2023."

"We also had positive meetings with the State of Bahia development and industrial agencies, as well representatives from the major port facilities in Salvador. We presented additional details about Santa Cruz and our planned growth through Phase 2 (25,000 tpy of concentrates) and Phase 3 (50,000 tpy of concentrates). We look forward to being the first new graphite production in the Americas in decades," he added.

South Star Battery Metals is a Canadian battery metals project developer focused on the selective acquisition and development of near-term production projects in the Americas.

South Star said that its Santa Cruz graphite project, located in Southern Bahia, Brazil is the first of a series of industrial and battery metals projects that will be put into production.

The company also noted that its next project in the pipeline is a development project in Alabama located in the middle of a developing electric vehicle, aerospace and defence hub in the southeastern United States.