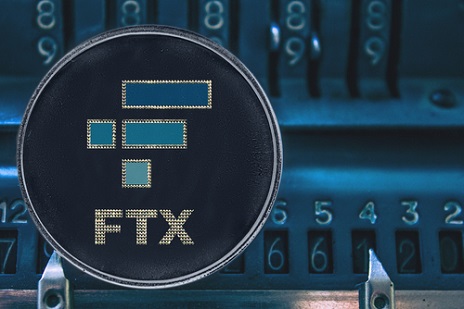 (Kitco News) - The Bankruptcy Court of the Southern District of New York has ordered the quantitative trading company Alameda Research to return an estimated $200 million worth of borrowed funds to the embattled Voyager Digital crypto brokerage platform.

Alameda originally borrowed $380 million worth of several cryptocurrencies in September 2021, and Voyager Digital requested that the loan be repaid as it attempts to restructure and avoid going out of business.

Voyager has been undergoing Chapter 11 bankruptcy procedures since July and began to auction off its assets in September so that it could return some funds to customers.

Based on the agreement reached between the two parties, Alameda will return roughly 6,553 Bitcoin (BTC) and 51,000 Ether (ETH) by Sept. 30. As part of the deal, Voyager will have to return the collateral that was pledged for the loan in the form of 4.65 million FTX Tokens (FTT) and 63.75 million Serum (SRM), worth roughly $160 million.

A review of the documents provided in the bankruptcy case has shown a deep working relationship between Voyager and Alameda, including a $500 million bailout/buyout offer from Alameda to Voyager in June, which Voyager ultimately rejected, saying that it could “harm customers.”

A deeper dive into Voyager’s financial books shows that the firm lent out $1.6 billion in crypto loans to a British Virgin Islands-based entity, the same location where Alameda is registered. Alameda also held an 11.56% stake in the company but had to surrender 4.5 million shares in June to avoid reporting requirements. This decreased its controlling share of Voyager to 9.49%.

Alameda was established by FTX founder and operator Sam Bankman-Fried, who has been an active figure in attempting to help the crypto ecosystem recover from the collapse of several projects and firms in 2022.

At one point during the summer, Bankman-Fried enterprises put forward an offer to purchase Voyager’s assets at market value, except for loans it had made to Three Arrows Capital. Voyager ultimately rejected the proposal, saying it was a “low-ball” offer.

In August, FTX integrated Alameda’s venture capital operations into its own venture capital fund. According to the head of the fund, the crypto exchange, the venture arm and Alameda all operate independently of each other.