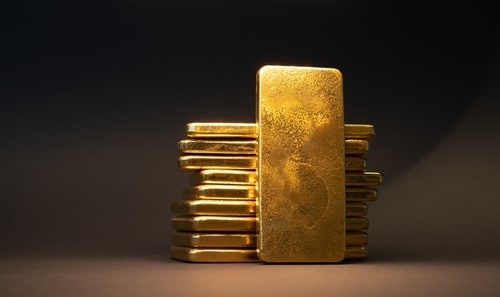 (Kitco News) Switzerland imported 5.7 tons of Russian gold worth about $324 million in August, which is the highest level in more than two years, according to the country's customs data.

The Swiss Federal Customs Administration revealed August's number as the most significant import since April 2020.

The U.S., EU, Japan, Canada, and Switzerland have sanctioned imports of all new Russian gold. But gold bars exported by Russia before August 4 do not fall under these sanctions, the Swiss authorities clarified Tuesday.

The Swiss August import number was a complete u-turn from the previous drop in June and July, when Switzerland imported only 284 kg and 261 kg of Russian gold, respectively. In May, the country imported 3 tonnes of Russian gold.

Switzerland, a global refining hub, faced some controversy earlier this year because of its Russian gold imports and whether that helped Russia finance its war in Ukraine. The country's government denied those allegations, with the Swiss officials responding that the imported gold in May was shipped from Britain.

Swiss imports of Russian gold are often in the headlines because investors likely want to remelt their old Russian gold at one of Switzerland's refineries. This would make it easier for them to eventually sell their bullion since there is now a stigma attached to all Russian gold, whether new or old.

Russia is the second top gold miner in the world. Before sanctions, it was one of Britain's leading suppliers of new bullion.

In the meantime, China is still one of the countries that is a prominent buyer of Russian gold.

In July, China significantly increased its gold purchases from Russia despite Western sanctions, importing $108.8 million worth of Russian metal. That is a 750% increase from the previous month's total of $12.7 million, Russian media RBC reported citing Chinese customs data.

On the other hand, the Swiss customs data revealed that exports to China slowed to 37,807 kg in August after hitting five-and-a-half-year highs of 80,149 kg in July.