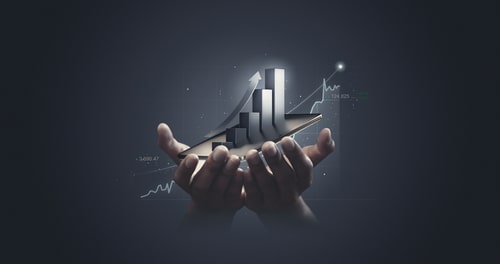 (Kitco News) U.S. lawmakers grilled CEOs of the largest U.S. banks on everything from inflation, the state of the economy, climate, and more. The Big bank CEOs' main worries were the Federal Reserve's ability to achieve a soft landing and uneasiness around interest rates staying higher for longer.

Dimon described the U.S. economy as a classic tale of two cities dominated by opposing forces.

"We continue to see strong consumer spending from solid consumer balance sheets, fueled by unprecedented economic stimulus and charge off rates on consumer credit remaining historically low. There are plentiful job openings … At the same time, many Americans are being crushed by high inflation eroding real incomes, particularly from higher prices on gas and food. Supply chain issues persist, as does a devastating war in Ukraine," Dimon said.

The future remains uncertain, but lawmakers should be prepared for the worst. "Because of the war in Ukraine and the uncertainty that causes in global energy supply and food supply, there's a chance it could be worse," he said. "We don't know the full outcome."

Fraser also talked about "tougher times ahead," stating that if the Fed's interest rates remain higher for longer, it will stress consumers and lower growth.

"We are very concerned about the high prices that consumers are facing in America and indeed around the world," she said.

This is the third time since 2019 that these CEOs testified together before the U.S. Congress. They are also due to appear Thursday before the Senate Banking Committee on banking, housing and urban affairs.

Also, the topic of banks needing to hold more capital was front and center. Dimon warned that overdoing it could impede the banks' ability to lend, especially during an economic downturn. "JPMorgan is going to be sitting with $1 trillion and unable to deploy it to help our clients, to intermediate markets at precisely the wrong time," he said.

On CBDCs, Dimon noted that he doesn't trust the Federal Reserve will properly execute them.