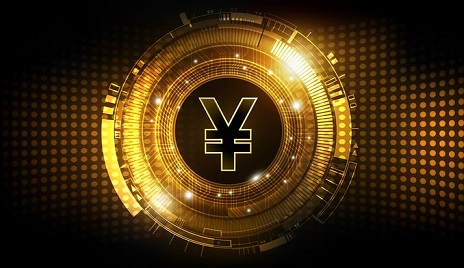 (Kitco News) - As the race to develop a central bank digital currency (CBDC) heats up, China has established itself as the clear leader as it looks to expand the trials of its e-CNY electronic currency.

On Monday, the People’s Bank of China (PBOC) announced that it will now be expanding its e-CNY trial from a limited number of cities and areas to cover four provinces in the country.

Citizens in Guangdong, Jiangsu, Hebei and Sichuan provinces will soon be able to test out the digital yuan, according to Fan Yifei, the bank’s deputy governor, who called the e-CNY “an important infrastructure in the digital era.”

Testing of the e-CNY originally began back in 2020, with the cities of Shenzhen, Suzhou, Xiongan and Chengdu participating in the early trials.

Since then, testing has expanded as the number of users, merchants, and transactions has steadily grown, with disclosures from the end of 2021 indicating that there were 261 million unique users participating in the trials, double what was reported in October 2021.

No official timetable for the expansion has been provided. Once it is complete, the digital yuan, which is officially known as the Digital Currency Electronic Payment, will be available in more than 20 cities and regions.

To help encourage citizens to use the new digital money, the trials have involved offering cash rewards to customers to encourage usage along with asking merchants to accept e-CNY payments.

The use of the new currency has also expanded beyond retail transactions to include corporate loans and tax payments in certain situations. Earlier in 2022, the PBOC and the Hong Kong Monetary Authority revealed that they had begun “technical testing” for cross-border use of the digital yuan.

The PBOC has also accelerated its international collaboration with the central banks of Thailand and the United Arab Emirates, exploring the use of digital currencies and blockchain technology in cross-border payments.

Some authorities in the U.S. have warned that the digital yuan is a tool for surveillance and has the potential to undermine the global dominance of the dollar. In March, the Senate introduced the “Say No to the Silk Road Act,” which looks to hold China accountable for its use of the digital yuan, especially in terms of how it might expand its network into the U.S.