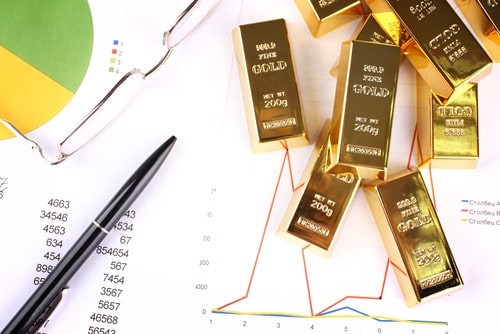 (Kitco News) Gold is in a precarious position as a break below $1,675 an ounce could open the door to $1,600 an ounce, warned Australia and New Zealand Banking Group (ANZ).

A stronger U.S. dollar and rising U.S. Treasury yields ahead of more rate hikes keep gold under heavy pressure. December Comex gold futures were last at 1,675.40, up 0.26% on the day.

"The Federal Reserve made it clear that it is leaning toward doing too much tightening rather than too little. With inflation stubbornly high, interest rate hikes will be aggressive. This will also lead to further U.S. dollar strength, aided by weakness in the EUR as economic conditions worsen," ANZ's senior commodity strategist Daniel Hynes and commodity strategist Soni Kumari said in the latest report this week. "Deteriorating liquidity and higher U.S. yields will feed haven flows and add to the risk premium."

On Wednesday, the 2-year Treasury yield topped 4% for the first time since 2007. Meanwhile, the 10-year Treasury yield was last at 3.561%. The yield curve inversion between short-term and long-term rates continues to grow, raising the risk of a recession.

"The risk of either stagflation or outright recession could ultimately turn this around," Hynes and Kumari said. "The rising risk of a protracted recession could revive haven demand. If the Fed turns dovish and inflation remains high, this could keep real rates low and supportive for gold prices."

In the meantime, the rising geopolitical risk of Russia's escalation in Ukraine has had a limited impact on gold prices. "The USD still the asset of choice," the commodity strategists noted.

The short-term technical picture remains bearish for gold, according to ANZ. "The break below USD1,675/oz suggests the price could fall to USD1,600/oz," the strategists wrote. "Bears could extend downside price moves to USD1,600/oz and below … Immediate resistance lies at USD1,700/oz, and a break of this level would put the next resistance point at USD1,735/oz. While reversal of the trend could be possible if prices break critical level of USD1,800/oz."

The outlook for gold deteriorated in September because of the greenback. It is now estimated the U.S. dollar will remain stronger for longer.

"Labor resilience means the Fed will have to hike further than the market is expecting. Europe faces a serious energy crisis, which is a headwind for EUR and a support for the USD. This makes us thinks the USD will peak in Q1 2023. In the face of sustained dollar strength, we see gold continuing to underperform," ANZ's strategists added.