Stablecoins remain a point of focus for officials in the U.S. and E.U. 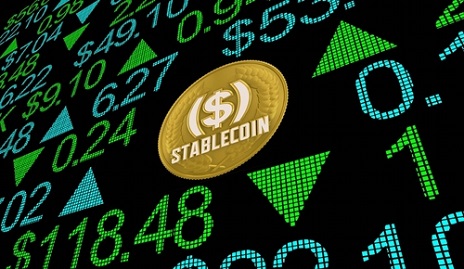 (Kitco News) - The global focus on stablecoins continued this week as officials in both the U.S. and the EU made important decisions that affect the future adoption of fiat-pegged cryptos.

In the U.S., legislation being crafted in the House to regulate stablecoins would place a two-year ban on algorithmic stablecoins similar to TerraUSD, which sparked a widespread collapse in crypto prices earlier this year.

According to a report from Bloomberg, the wording of the latest version of the bill would make it “illegal to issue or create new ‘endogenously collateralized stablecoins’.”

This would apply to stablecoins “marketed as being able to be converted, redeemed or repurchased for a fixed amount of monetary value, and that rely solely on the value of another digital asset from the same creator to maintain their fixed price.”

Included in the draft legislation is a mandate for the Treasury to study algorithmic stablecoins like TerraUSD in consultation with the Federal Reserve, the Office of the Comptroller of the Currency, the Federal Deposit Insurance Corp., and the Securities and Exchange Commission.

The legislation is being crafted by House Financial Services Committee Chairwoman Maxine Waters and Ranking Member Patrick McHenry, and the terms of the proposal still have the potential to change before the final version is released.

Along with addressing concerns surrounding algorithmic stablecoins, the bill will also: allow banks and nonbanks to issue stablecoins; direct the Fed to establish a process for making decisions on applications from nonbank issuers; preserve a role for state regulators; prohibit businesses from comingling customers funds with company assets in an effort to protect consumers in cases of bankruptcy; and will direct the Fed to study the impact that a U.S. digital dollar would have on the financial system, banking sector, and the privacy of Americans.

Meanwhile, in the EU, officials have released a new draft of its markets in crypto-assets (MiCA) regulation which has removed limitations on the use of U.S. dollar-pegged tokens within the European Union.

The new draft is expected to be the final version of the bill, which was altered after digital asset lobbyists voiced concerns over the language, arguing that it could cause unintended consequences for the trading of cryptocurrencies in Europe.

Once the legislation becomes final, the digital asset industry in Europe will have a set of binding guardrails to help it get established and grow in a regulatory-compliant manner. The stablecoin-related provisions are expected to go into force in January 2024, while the remaining provisions will go into effect in June 2024.

The MiCA is the result of numerous discussions between the European Parliament, European Commission and European Council, which concluded on June 30. The process began in response to Facebook’s ill-fated Libra digital currency initiative.