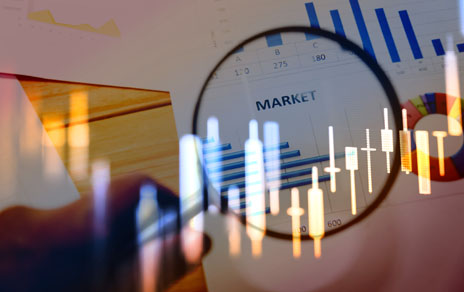 (Kitco News) - Now is not the time to liquidate your core gold positions as the Fed has been clear that economic pain will be coming, according to one gold market strategist.

In an interview with Kitco News, George Milling-Stanley, chief gold strategist at State Street Global Advisors, said that gold prices could continue to struggle as three components of the U.S. economy show resilient strength even as the Federal Reserve maintains its aggressive monetary policy stance.

Solid gains in the U.S. dollar, which trades near its highest level in more than two decades, relatively healthy consumer demand and relative strength in equity markets are the three forces the gold market currently faces that are keeping a lid on prices.

"Right now, the gold market isn't in charge. Until we see these conditions change, gold's prospects are going to remain somewhat limited," he said.

Although equity markets have been in a solid downtrend for most of the year, with the S&P in bear-market territory down 21%, Milling-Stanley said that the selloff has been mild compared to the rally seen in the past 13 years.

"Equity markets have been rallying on cheap money since 2008 and free money since 2018, and they are down, but they have further to go if Powell wants to get inflation back to 2%," he said. "Powell will keep raising rates until the stock market comes down further. It could take a few months before investors start to feel the real pain of higher interest rates."

Although investment demand has been lackluster through most of 2022, Milling-Stanley said that the impending economic slowdown from rising interest rates is the reason why investors should hold on to their core gold holdings.

"Inflation is still worryingly high, and Powell has made it very clear that he is going to have to cause some pain to the economy to bring it down," he said. "We face a lot of macroeconomic and geopolitical uncertainty and in this environment, I certainly would not be selling my safe-haven assets. At these prices, I would be looking to add to my core position, which is something I think we are seeing."

Milling-Stanley added that the threat of an economic slowdown and possible recession is one of the reasons why gold has been able to hold critical long-term support at around $1,675. And while gold prices may struggle to push higher into the year-end, Milling-Stanley said that he does not expect gold prices to fall much lower.

"The selloff in gold we have seen is from weaker hands of speculators who thought gold was going to move back up through $2,000. We have shaken a lot of those weaker hands out and are left with investors who are holding on to core strategic allocations. Those aren't going anywhere," he said. "The world is still a very uncertain place and that is exactly when you want to have some exposure to gold."

Milling-Stanley's comments on gold come after the Federal Reserve raised interest rates by 75 basis points Wednesday. Along with the super-sized rate hike, the Central Bank signaled that the Fed Funds rate is expected to peak at 4.6% in 2023.

However, Milling-Stanley said he is not paying too much attention to the latest economic projections. He added he doesn't think the Federal Reserve has reached peak hawkishness, and interest rates will continue to rise until inflation is under control.

"Nobody knows where interest rates are going. Powell is right to sound hawkish and continue to tell the market that he is going to deal with inflation and that his target of 2% is unconditional. At some point, the market is going to believe him and that is when the pain comes," he said.