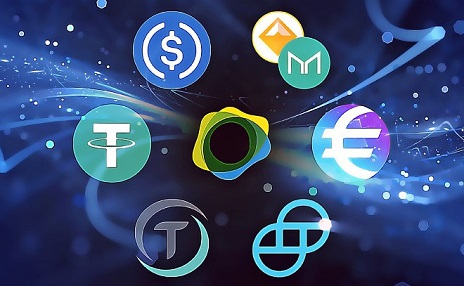 (Kitco News) - Stablecoins and potential regulatory framework emerged as a key area of focus at the Annual Fintech Policy Forum hosted by the Electronic Transaction Associations (ETA) on September 22.

The forum was created to provide a space for executives and policymakers to discuss how developing technologies and public policy can work together to help consumers, businesses, and the economy.

Speaking at the forum, U.S. Rep Warren Davidson (R-Ohio), suggested "There's an outside chance we find a way to get to consensus on a stablecoin bill this year."

If the House is unable to do so this year, which is a distinct possibility with midterm elections in November breaking up the legislative calendar, then Davidson suggested that the matter would be dealt with in 2023 by a Republican-controlled House.

"There's a chance we get to yes on stablecoins this year. If we don't, it's something that I think we can get to with a Republican majority in Q1 next year," the legislator said.

Davidson currently sits on the House Financial Services Committee and is known for being one of crypto's most staunch advocates within Congress. Draft legislation on stablecoins has been circulating among committee members in recent weeks, which Davidson feels gives too much discretion to the Federal Reserve and applies an overly broad definition of stablecoins.

"If we could just narrowly focus on the stablecoin text and spend a couple of days hanging out together, we could probably get to language," he said.

The widespread potential for stablecoins

Rohit Chopra, Director of the Consumer Financial Protection Bureau (CFPB), also spoke at the event and highlighted the potential for widespread adoption of stablecoins, which has put them on the radar of multiple agencies.

"A stablecoin, riding the rails of a dominant payments system or a mobile OS, I think that could create ubiquity very quickly," Chopra said, adding that issues around stablecoins, "are very much being thought through, but certainly not just by the CFPB."

The CFPB director acknowledged that while stablecoins pose a unique opportunity in terms of user adoption, they also pose significant risks to the financial system that need to be monitored by regulators. Such risks include their resemblance to money market funds and their impact on global financial stability if widely and rapidly adopted for payments.

According to Chopra, it was Facebook's attempt to launch its Libra stablecoin that originally put payment coins on regulators' radar.

While there are clear risks posed to the existing system by stablecoins and cryptocurrencies in general, the CFPB director thinks the current focus on crypto by Washington may be neglecting other areas of fintech development that deserve the same attention from policymakers as digital assets.

"We're in a moment right now where – I say this gently – Washington's obsession with crypto has come at the expense of really thinking about the entire payments ecosystem," Chopra said.