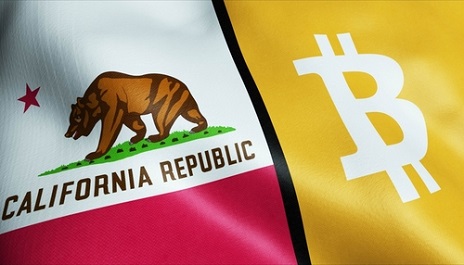 (Kitco News) - California Governor Gavin Newsom has vetoed a bill crafted to create a licensing and regulatory framework for cryptocurrency firms in the state, citing the need for a more flexible approach to “keep up with rapidly evolving technology and use cases” for digital assets.

The bill in question, AB 2269 – also known as the “Digital financial asset businesses: regulation” – was introduced by a California Assembly member earlier this year and passed in the Assembly and California State Senate at the end of August.

Under the bill, crypto companies wishing to serve California residents would be required to first receive a license to do so, and it would have also formally adopted new rules governing stablecoins. This includes a requirement that licensed companies only engage with bank-issued stablecoins, which must remain 100% backed by reserves.

The bill actually arose out of an executive order issued by Newsom in May but is considered “premature” by the governor due to its attempt to lock in a licensing regime under Assembly Bill 2269 without first considering prior research and forthcoming federal actions.

“Digital assets are becoming increasingly popular in our financial ecosystem, with more consumers buying and selling cryptocurrencies each year,” said Newsom in a letter addressed to members of the California State Assembly. “It is premature to lock a licensing structure in statute without considering … forthcoming federal actions.”

“A more flexible approach is needed to ensure regulatory oversight can keep up with rapidly evolving technology and use cases and is tailored with the proper tools to address trends and mitigate consumer harm,” the governor said.

Newsom also cited the cost of establishing a new regulatory program, which will require a loan from the state’s general fund that will exceed tens of millions of dollars during the implementation of the bill.

“Such a significant commitment of general fund resources should be considered and accounted for in the annual budget process,” the governor said.

While he refused to sign the bill, Newsom indicated his intention to work “collaboratively” with California’s legislature to achieve regulatory clarity once federal regulators get more settled on their approach to digital financial assets.

The veto comes as Federal regulators have begun to increase their actions in regard to cryptocurrencies. There is currently legislation moving towards a vote in the House that could ban stablecoins, and SEC Chair Gary Gensler recently implied that proof-of-stake tokens could be regulated as securities following the successful Ethereum Merge.