Despite its losses, the gold market continues to outperform most other major assets - WGC 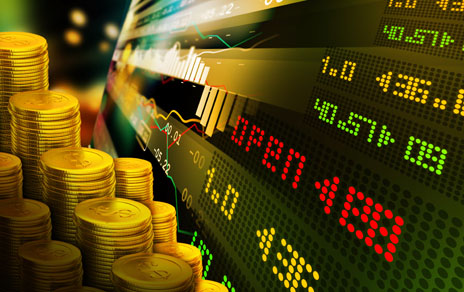 (Kitco News) -The gold market continues to struggle in the face of unprecedented strength in the U.S. dollar; however, a new report from the World Gold Council said that investors need to put the recent price action in perspective compared to larger movements within financial markets.

Although the gold market has seen some significant selling pressure, dropping briefly to fresh two-year lows at $1,633 an ounce, prices are still only down less than 10% since the start of the year. In his latest report, Juan Carlos Artigas, global head of research at World Gold Council, said that given where the U.S. dollar is along with bond yields, gold prices should be down closer to 30%. December gold futures last traded at $1,646.90 an ounce, down 0.53% on the day.

"In fact, gold has done much better than inflation-linked bonds both in the U.S. and elsewhere. And we believe that gold's performance so far this year reflects the behavior of its underlying drivers," he said in the report.

Looking at broader financial markets, the S&P 500 is down nearly 23% year to date. The tech sector has been even harder hit, with the Nasdaq dropping more than 30%. The only sector that gold hasn't outperformed is the broader commodity index.

"The fact that gold has performed as well as it has, all things considered, is a testament to its global appeal and more nuanced reaction to a wider set of variables," said Artigas.

Although gold prices are expected to continue to struggle in the face of rising interest rates, Artigas said he remains optimistic that the gold market can still find some support through year end.

Although the Federal Reserve is expected to continue to aggressively raise interest rates, the WGC said that the tightening cycle is closer to the end.

"Given how much tightening has occurred so far, we would expect rate hikes to slow down, allowing some of gold's other supporting factors to play a more important role. Also, the fact the other central banks are being more resolute in their policy decisions – partly to curb inflation, partly to defend their currencies – should weigh on the U.S. dollar," Artigas said.

Finally, Artigas said that central bank demand is also providing solid support for gold as they continue to diversify their holdings away from the U.S. dollar.

Last week, the WGC noted that the central bank of Uzbekistan has been extremely active in the gold sector, buying another 8.7 tonnes of gold in August. This is the third consecutive month of purchases.

The WGC noted that Uzbekistan has bought 19.3 tonnes of gold this year, pushing total reserves to 381.3 tonnes.