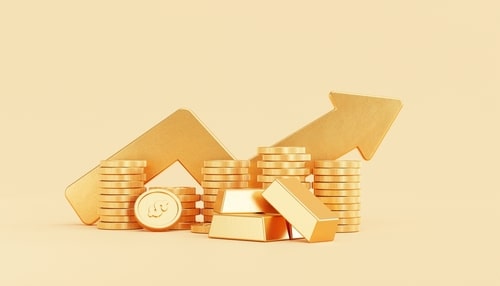 (Kitco News) The gold market can get out of its price downtrend when the Federal Reserve realizes that it can't control inflation, forcing it to pause as the economy slows, said billionaire investor and Paulson & Co founder John Paulson.

The precious metal is a hedge against inflation. But the problem for gold has been long-term inflation expectations not changing much as the Fed tightened.

"One thing about gold is that it's down this year, more or less 8%. It's down a lot less than stocks or bonds. So it has proven to be a source of protecting wealth," Paulson told Bloomberg in a recent interview. "The issue is gold's a hedge against inflation, but while the current inflation rate is high, long-term inflation expectations are still very low. It's like 2.5%. And they haven't really changed while the Fed has been raising interest rates."

Meanwhile, rising yields have been putting additional downward pressure on the metal. December Comex gold futures last traded at $1,635.80 after hitting the lowest level since April 2020.

"As the 10-year yield has gone from 2% to, let's say, 3.6%, inflation expectations still are around 2.5%. So before real rates were negative, now they become positive. So because real rates have become positive, that's really put a cap on gold," Paulson added.

For gold to have a convincing turnaround, the economy needs to start to slow after a slate of aggressive rate hikes. This would force the Fed to pause.

"And then [the Fed] see [it] can't control inflation. Then it's not going to come down to 2%, at best. Maybe they get it down to 4%, 5% or 6%, and then the economy weakens, they have to ease again. And then inflation comes back," Paulson described.

The realization that the Fed is not in control will boost the long-term inflation expectations and move gold higher.

"At that point, long-term inflation expectations will rise. People will not believe the Fed can control it. And then I think gold rises to higher levels," Paulson said.

On the housing bubble, Paulson did note that prices could plunge but stated that it wouldn't trigger another financial crisis.

"We're not at risk of a collapse today in the financial system like we were before … Housing may be a little frothy. So housing prices may come down or they may plateau, but not to the extent it happened," he said. "The financial market, the banking system and the housing market are much different today than in '06 and '07. The underlying quality of the mortgages today is far superior. You don't even have any subprime mortgages in the market."