Gold is in bear territory, but prices to rally back to $1,900 next year: ING 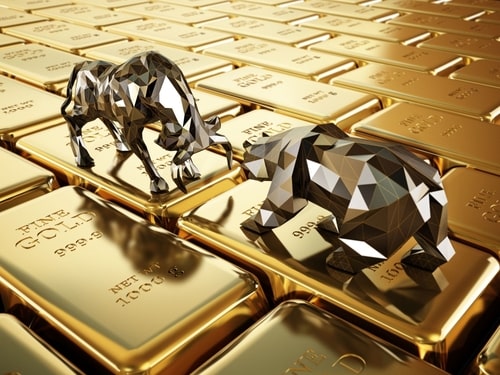 (Kitco News) The gold market faces more losses as the Federal Reserve is still in the midst of its historic rate hikes. But once signs of a potential Fed easing emerge, the gold price will return to its rally mode. And that is expected as soon as next year, according to ING's latest outlook.

Gold is now down more than 10% year-to-date — a disappointing return for those using gold as an inflation hedge. December Comex gold futures were last at $1,637.40 an ounce, up 0.24% on the day.

"Given the amount of uncertainty at the moment coupled with high inflation, many in the market may have thought gold prices should be well supported. However, this has not been the case. Spot gold is trading at its lowest levels in more than two years and has fallen more than 20% from its recent peak in March, pushing it into a bear market," ING's head of commodity strategy Warren Patterson said Tuesday.

Yet, most of this year's losses are due to the U.S. central bank's aggressive policy tightening, which has triggered a strong rally in the U.S. dollar. The U.S. dollar index has been trading near 20-year highs throughout the summer and September. With those drivers still ongoing, more pain is in store for gold.

"U.S. dollar strength and central bank tightening have weighed heavily on the gold market. And with further tightening expected there is room for more downside in the near term," said ING's head of commodity strategy Warren Patterson. "The dominance of the U.S. dollar has hit sentiment across the commodities complex and gold has not been spared in this move."

The greenback has strengthened on the back of a very hawkish Fed fighting sticky inflation. After a third consecutive 75-basis-point hike in September, the U.S. central bank is expected to introduce another 75bps increase in November and an additional 50bps hike in December. This would leave the target range at 4.25-4.5%.

Real yields have also been climbing and weighing on gold since higher yields increase the opportunity cost of holding gold. "10-year real U.S. yields have reached their highest levels in more than a decade and are firmly back in positive territory. Given the strong negative correlation between gold prices and real yields, it is not surprising to see that gold has struggled in this rising yield environment," Patterson pointed out.

In light of all these factors, investors have been turned off from buying gold. And that is visible through the exchange-traded fund (ETF) holdings in gold, which have declined by almost 9% since April. "Data from the World Gold Council shows that over August, ETF outflows amounted to 51 tonnes, which is the fourth consecutive month of net outflows. And it is pretty clear that the market is set to see further outflows in September," Patterson added.

Despite these signs being all negative for gold, ING's medium-term outlook is more constructive as the first signs of easing from the Fed are likely to lift gold prices, according to Patterson.

"Any hints of an easing in its aggressive hiking cycle should start to provide some support to gold prices. And in order for this to happen, we would likely need to see some clear signs of a significant decline in inflation," he noted.

ING sees inflation coming down "quite drastically" in 2023, allowing the Fed to start cutting rates in the second half of 2023. "Under the assumption that we see easing over 2H23, we expect gold prices to move higher over the course of 2023," Patterson said.

Another potential positive driver for gold is the inverted yield curve signaling a looming recession. "These concerns might see some investors seeking safe haven assets, such as gold. Although in the short term, rising rates will likely counter this to a certain degree," Patterson described.

The biggest risk to the Dutch bank's outlook is inflation not decelerating quickly enough next year, triggering an even more aggressive tightening cycle than is currently expected.

In the meantime, central banks have added more gold to their reserves during these uncertain times. "The latest numbers from the World Gold Council show that central bank holdings over 2Q22 increased by almost 180 tonnes (although still down 14% year-on-year). Whilst for July, central bank buying amounted to 37 tonnes over the month," Patterson wrote.

Also, Western sanctions against Russia, which saw the freezing of Russia's central bank foreign reserves, have encouraged some central banks to diversify into gold, the ING report added.